When 3D becomes the norm

It's been on breakfast TV, and in the papers, but what happens when a research consultancy orders a 3D printer? Kirsty Yeomans assesses its potential impact.

This month at FreshMinds, the hot topic on everyone's lips has been 3D printing. There had been talk of buying a 3D printer for weeks and I'd started to get quite intrigued about the new addition to the office. When it finally arrived, everyone was keen to get a glimpse of the new gadget, crowding around to see it in action. But what was it about the 3D printer that garnered so much interest? I think one of the main reasons was that none of us had really known what to expect.

At first glance, you'd never guess that this is the gadget industry experts are proclaiming will change the face of life as we know it. In fact, it's rather uninspiring. A small black box with a coil of plastic attached to the back, it doesn't exactly scream groundbreaking new technology.

But once the printer sets to work you realise what the fuss is all about. By layering successive tiers of melted plastic on top of one another, in a process known as additive manufacturing, the printer can create all manner of 3D objects. From something as simple as a cog to a replica of a human head, it really is quite remarkable to watch a structure taking shape in 3D right before your eyes.

But why is it that we're only to starting get excited about 3D printing now? After all, the machine itself has been around for years. First invented in 1984 by Charles Hull, designers have been using them for decades to produce prototypes. So what's changed?

Technological advances mean that they're now much smaller and faster than they once were — and cheaper, too. With more affordable models on the market, and on the high street, you no longer have to be a 3D printing expert to experiment with the technology. Professionals and amateurs alike are starting to look into possible uses — often with impressive results.

Take designer Iris van Herpen, whose 3D printed shoes went down a storm at Paris Fashion Week, or professors at the University of Michigan, who used 3D printing to save a baby's life. The world, it appears, is waking up to the fact that the technology has applications to a whole range of industries. And this hasn't gone unnoticed by the government. In June, Business Secretary Vince Cable announced plans to invest £14.7m in research and development projects in the field, while last month came the news that 3D printing will be incorporated into the new school curriculum.

But will it live up to the hype? And can its applications stretch into the world of research? I can say with some certainty that researchers won't be exempt from the 3D printing revolution. Exactly how the technology will affect research remains to be seen but there are a number of ways I can envisage it being applied, especially within qualitative research.

Most obviously, the technology could transform traditional focus groups. I imagine I'm not the only one who's suffered that sinking feeling when you realise that no amount of drawing or frantic describing will help participants understand a new concept or proposed product. 3D printing could combat this, allowing us to create prototypes quickly and cheaply for use within groups. Having a 3D model on hand would really bring ideas to life for respondents, giving us greater insight into how customers react to new products.

The rise of 3D printing also has important implications for co-creation. No matter how creative the ideas discussed, current co-creation efforts are always going to be constrained by the fact that they can only be demonstrated through words, or, at most, 2D images. Imagine the difference a 3D printer at the heart of the session could make. Using CAD software, respondents and clients could illustrate their ideas by creating 3D models on the spot. These could then be modified by other participants, and each version printed, discussed and evaluated during the workshop.

3D printing could also revolutionise online qual. Up until now, qualitative research conducted online or through mobile has only been able to go so far. Inputs to communities have been limited to text, images or video. And for us to test new products, the discussions have had to be taken offline. If 3D technology does indeed become commonplace then our respondents would be able to print their own prototypes at home, removing the need to meet in central locations as well as allowing us to better see how products would actually work in situ.

As researchers begin to experiment with 3D printing, its uses will extend into other areas of research, providing both us and our clients with deeper insight. But, as is the case with most technological advances, there is a flipside to this phenomenon, which could have negative implications on the research industry as a whole. If, in years to come, our clients are able to send customers prototypes to print, trial, evaluate and then modify at home, will there be any need to invest in market research?

And we may not be the only ones at risk, our clients could also be affected. If one day consumers will be able to create replica products in their own homes, will there be any need for them to rely on the big brands and manufacturers as they do now? With this in mind, it won't be just us researchers who will be following the developments in 3D printing with great interest; our clients will be keeping a close eye on related developments, too.

Step into the unknown

What really got us excited in the office about our 3D printer was that we had no preconceptions about what it could do. And that's exactly what makes the entire phenomenon of 3D printing so riveting for the research industry as a whole. The unknown. The possibility. We may not know exactly how 3D printing is going to affect research, or indeed our clients. Nor do we know if the ramifications will be positive or negative. What we do know, though, is that we're in that exciting position of being able to use our creativity, experiment and find out for ourselves. 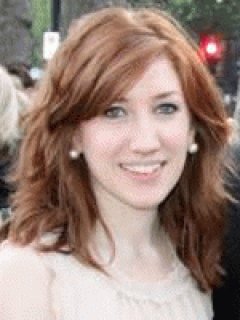 Kirsty heads up the consumer research practice at FreshMinds and also serves on the AQR committee. She spends a lot of time helping clients find new ways of reaching their audiences through digital methods and particularly enjoys combining different datasets to find a new angle on a client problem.

September 2013
When 3D becomes the norm