Who were the most sought after suppliers at the Insight Innovation Exchange? What is spawning new methods, techniques and white papers? And how can qual keep up?

The concept that is exciting some clients is Nonconscious Measurement. This was the most selected category of suppliers at IIex in June 2014. But how do ‘nonconscious’ and ‘measurement’ even belong in the same sentence? And what is the nonconscious anyway? Here is a quick review of how it came about.

The nonconscious is a thoroughly rebranded unconscious. Its recent evolution is a fascinating story for anyone who is interested in how behaviour is influenced by things we are not consciously aware of.

Qualitative research started with the Freudian version of the unconscious, but was rarely specific about its aspects (other than defence mechanisms), preferring to talk about ‘depth’ in general. You can see why from the following description: “…a battlefield…in a dark cellar in which a well-bred spinster (the superego) and a sex-crazed monkey (the id) are forever engaged in mortal combat, the struggle being refereed by a rather nervous bank clerk (the ego).” (Don Bannister)

But the unconsious was open to redefinition. Jung gave us the collective unconscious and the Shadow. Transactional Analysis managed to package the Superego, Ego and Id into Parent, Adult and Child. It survived in various forms in Humanistic psychology, and was much less scary. in the 1990s, Neuroscience told us that 90% of brain processing occurs outside of conscious awareness. Habits, skills, language, programmed and learned social and cultural behaviour; there is automaticity everywhere. But since we are only aware of conscious thinking, it seems to us that most choices are consciously made.

Self-delusion continued as a theme of behavioural economics. There is a cognitive bias for everything, including believing you are not biased. People distort, rationalise, and confabulate while believing they are telling the truth. Books like Mistakes were Made (But Not by Me) reveal how we need to maintain the fiction we are intelligent, kind and consistent, while simultaneously making poor choices, being prejudiced and forgetting we changed our minds.

Kahneman’s System 1 and 2 was a turning point, as people realised there was a real value in having the ability to be intuitive, adaptable, and quick thinking for lots of everyday decisions. System 1 generates impressions, feelings and inclinations, operates automatically and quickly, mobilises attention, and executes skilled responses. It makes space and time for the more rational processes of System 2. Notice that ‘impressions, feelings and inclinations’ are stuff qual has always been good at, and for some time we owned that territory.

According to writers like John Bargh and Timothy Wilson, the unconscious does even more. It helps us to solve problems, adapt to circumstances, and it plays a role in many important life decisions. It is goal-directed. It is now the Adaptive Unconscious.

Kenrick and Griskevicius go even further in The Rational Animal with the idea of adaptive unconscious behaviour guidance systems. Although they sound like a new form of missile, they invite us to see these as a Council of Elders — the accumulated wisdom of our ancestors in solving their assigned evolutionary problems. Their thinking helps link the proximate causes of behaviour — the ones people can talk about, with the ultimate causes of behaviour.

For example, one of the evolutionary ‘subselves’ is selfprotection. It is characterised by vigilance, avoidance of vulnerability and a desire to ally with more powerful people or groups. All of these have accompanying emotions in the fear/anxiety spectrum and the subself can be triggered by anything that is perceived as a threat. That includes seeing angry expressions, books and films, being alone in the dark and even just thinking about other races and religions.

What this means for research is that a stimulus or a topic can prime a subself (you could call it a mindset or a need state). This can then be connected with emotions, cognitive biases and particular behaviours. In the case of selfprotection we could expect to see attribution errors, biases to do with stereotyping ‘outsiders’, and perhaps increased susceptibility to social proof, safety in numbers or powerful spokespeople. We can link together a number of different explanatory frameworks for increased understanding.

Possibly because ‘unconscious behaviour guidance systems’ does not really trip off the tongue, this new improved unconscious is increasingly referred to as the nonconscious. So where does the measurement come in?

The 1990s ‘Decade of the Brain’ increased access to various forms of psychophysical measurement and implicit testing. EEG, voice analytics, biometrics, facial coding, implicit association tests and so on. These are now being packaged and sold as research tools, filling a need to take unconscious processes into account in explanations of consumer behaviour, but in a manageable way.

Qual already has a great set of tools for working with all the things that make up the nonconscious. We can identify social influences, spontaneous reactions, understand common heuristics, how people associate, connect and classify. We can unpick habits, diagnose brands, even work with cultures and archetypes.

The problem is, many of the tools are called ‘projectives’ and they have been working below their potential. They are used narrowly, superficially and without enough explanation of what they are truly accessing. And projectives themselves are not enough — we need to add enabling, observation and ‘in the moment’ capture to truly be able to work with the newly defined nonconscious. However it’s an unparalleled opportunity for qualitative researchers. The unconscious is back on the map. Clients are interested, its value is acknowledged, and we can work with it without fear of sex-crazed monkeys — or maiden aunts! 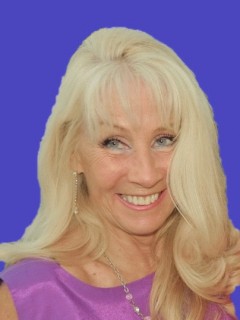