Giving respondents a more 'active' role in a project for Delta Airlines resulted in findings that were exploratory, authentic and contextual.

In qualitative market research, bringing the respondent to the centre of all our work and working with them to solve business problems is undoubtedly essential. But over the last 17 years of our work at Northstar, we have noted an evolution in how respondents are perceived and conceptualised.

Initially when we started out, much of our qual work was about amplifying. We would listen to respondents over the phone, by intercepting them on the streets, in formal settings such as a focus group facility and sometimes in hostess homes. We would take what we heard and amplify it across boardrooms and marketing teams.

Then, about a decade ago, the way research was carried out underwent a transformation, driven by the client’s desire to get closer to the customer journey. Research was designed to capture the respondent as an ‘actor’ in their own life. It was no longer sufficient for respondents to simply be given a voice; researchers had to make concepts demonstrable.

Our qualitative research design was changed to accommodate the respondent in their own environment, and cameras would follow respondents around car parks, shopping malls and on bus journeys. Nevertheless, respondents remained passive in the process. They were ‘actors’ to be observed, examined and inferred from and researchers were still on the outside looking in.

Technology and social media arguably brought about the most potent shift in how people engage with friends, institutions and brands. We as researchers began to consider the impact of technology on the mind and the general outlook of respondents — and, in particular, how this resulted in a ‘confessional culture’.

We are seeing a breakdown of traditional communication barriers and hierarchies, leading market researchers to reimagine the respondent as an ‘agent’ in the research process. Tapping into confessional culture, however, doesn’t necessarily mean getting closer to the truth. So how do we ensure the results that we get in this new era are truly authentic?

Northstar studied this new view of the respondent as an agent in close collaboration with the Department of Anthropology at the London School of Economics. Across extensive fieldwork experiences, anthropologists rely on taking a few key respondents into full confidence. In doing so, they gain the trust of the respondent who in turn reciprocates by providing a greater access to the field of enquiry. Anthropologists define this as respondent agency.

In our projects we put the idea of respondent agency into practice. As researchers we designed studies that allowed the respondents to operate alongside ourselves. We often did this by taking the respondent into our confidence (research approach and objectives), while in some cases we designed training programmes to equip the respondent with relevant skills (questioning, listening, reporting and analysis). The bottom line is a shift in the historic relationship between researchers and respondents. We regard this as the third stage of the respondent evolution: the respondent reimagined as an active ‘agent’.

One illustration of this is our work with Delta Airlines. It was facing a generational shift among its high value frequent fliers and rightly anticipated that millennial consumers would pose a completely different set of engagement and marketing challenges.

We knew that consumer workshops were not enough to get the level of depth and authenticity the client needed, so we employed what we refer to as ‘self-curated peer sessions, combining these with workshops in each market.

Friendship pairs have long been a technique employed by researchers as a way to harness greater truth from respondents, but the idea of self-curated peer sessions pushes the envelope a little further, by inviting the respondent to be a part of the game. We cherry picked respondents from the workshops who would act as a ‘lead respondent’ in their own peer sessions, and they were tasked with finding friends or peers similar to themselves. Then, it was time to bring them in, and a major part of this was being very direct with them about the business objectives — there was no secrecy or insulting their intelligence.

We then needed to ensure they could manage the conversation how we wanted, so we spent time upfront with the lead respondent taking them through the basics of moderation and key objectives. Because they had taken part in the initial workshops, they were already familiar with the structure and were able to use the conversations they had as springboards for discussion.

The lead respondent then facilitated the peer discussions (with nominal support from the researcher), to guide the conversations into rich and rewarding areas of exploration. As the peer sessions were conducted in relaxed settings (private area of a restaurant, members club, tea rooms) it enabled a client observer to attend unobtrusively.

When the peer sessions were over, the lead respondent stayed involved for the analysis and we invited them back to help us understand their view on what was and wasn’t said. In turn, we learned a lot about what they considered to be the main findings.

The benefits of treating respondents as collaborators were numerous. First, they were exploratory — they opened up discussion areas that we as researchers and Delta as a business had not anticipated or that we even felt comfortable exploring. Second, they were authentic as friends because people who know and trust each can have a genuine and open conversation — ‘friends keep it real’. Finally, they were contextual — we were able to get a better handle on the social context that shapes and influences the travel experience, especially for leisure flights with friends.

The evolution of the respondent has been an eventful one — from a voice, to an actor and now to an agent. Of course, this may not be the final stage, and researchers may even find themselves increasingly exposed to respondents as a more disruptive collaborator…a ‘respondent as insurgent’.

This article was jointly authored by Daniel Tralman and Noah Roychowdhury from Northstar Research. 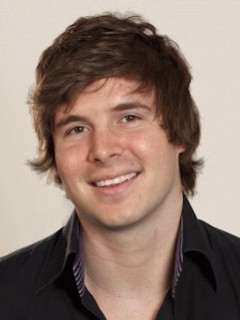 Daniel joined Northstar London in 2011 after working for both its North American and European offices. During his time at Northstar, he has managed a variety of quantitative and qualitative studies with international brands such as Britvic, Delta Air Lines, Jaguar Land Rover and Navistar. Daniel has a BA (Hons) degree in Sociology and Communications from Wilfred Laurier University.