September's AQR conference Being Human was a cheerful affair. Between sessions the north London venue rang with the effortless chatter that only a roomful of professional conversationalists can achieve.

The event title was a good one in the sense that it was both blindingly obvious and intellectually on trend, and the numerous speakers addressed the theme from a pleasingly diverse set of perspectives.

Personal highlights included: Is mentoring for me? Essentially a plug for the AQR mentoring scheme, it allowed me to window shop for potential mentors and take part in a mock mentoring session. Back in the plenary room, Jim Mott’s thought provoking talk on material culture invoked Bruno Latour, among others, to push at the boundaries of what we believe ‘human’ to mean. In methodological terms he raised the interesting prospect of following stuff rather than people in qualitative research journeys.

James Diggle’s session on Incentive Freakonomics was sensitively and humorously done and served as an important reminder as to the nuances of how different groups of people make decisions about whether or not to participate in research.

The Qual Apprentice was an inspired solution to the post-lunch lull. The introduction of the ‘clap’o’meter’ made me wince in my seat but remarkably, it worked, and everyone left smiling. Truth’s session on ‘decoding human interaction’ was, for me, like a much needed refresher moderator course with some interesting theory thrown in. Finally, Thinktank deserve a mention for their thoughtful foray into the perennial question as to how much of oneself to give in research. “Let discussion guides breathe, meander and waffle”. Indeed. 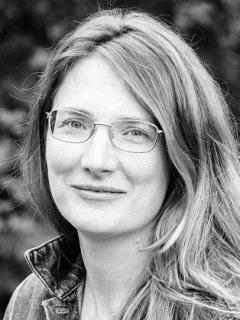 Gillian is a qualitative research specialist with a strong background in anthropological fieldwork and analysis. She is based in Manchester.

September 2016
Finger on the pulse