Go hit it beyond Wimbledon

We learn from one of the AQR Prosper Riley-Smith Qualitative Excellence Award joint winners how the LTA used behaviour change to gain an advantage point.

Only 11% of adults played tennis last year, and the sport has been in long-term decline. Clubs account for the greatest proportion of frequent players. Club membership, however, is ageing and park players aren’t coming through the ranks as they once did.

The Lawn Tennis Association (LTA) set out to change park tennis behaviour fundamentally, by prompting people to play earlier in the year, beyond the natural spikes around Wimbledon. The organisation had never spent on marketing park tennis before so considerable effort — and research rigour — was needed to secure initial investment…and the campaign would need to deliver real behaviour change to convince the board to invest further. Relatively little was known about park tennis beyond the plethora of rational barriers to play, so the role of research was fundamental.

What followed was a seamless partnership between client, research and communications agencies over a period of 18 months and five phases of research: to identify the core behavioural barriers and triggers; define communications territories; hone executional ideas; and then measure the behavioural impact of a regional test campaign. The outcome needed to be far-reaching — to engage, inspire and convince a broad team of stakeholders, beyond the board of the LTA, including multiple industry bodies and local authorities.

The implementation of behavioural principles sat at the heart of
this project. The resulting insights challenged the organisation,
nonetheless they have become embedded in its thinking and
have started to deliver the required results for further investment.

Alongside the media and creative agencies, we collectively recognised the need to challenge convention in order to satisfy the behavioural objectives. We started with a kick-off workshop to develop behavioural hypotheses, around which to design our plans.

1. Sense check with experts:
Mini workshops with club players to gain input around language and communications around tennis. It was vital to enlist the views of club players from the start.

2. Behaviour change experiments with park players:
Playing tennis more than usual over two weeks to identify triggers and barriers, beyond the Wimbledon halo.

3. Interactive workshops with players and stakeholders:
Leveraging the behavioural experiment to generate communication territories. This involved an approach that allowed participants to develop their own ideas, identifying resonant language and imagery. Their energy, rather than our agenda, lead the conversation. This yielded clear understanding of which territory had potential and how to most effectively express it.

5. A communication pilot (quali-quant) in the test region:
A qualitatively recruited quantitative ethnographic study that ran for the duration of the test campaign to understand the behavioural effect of the campaign. This went beyond traditional pre- and post-tracking of attitude to literal tracking of behaviour change among players, blending various data streams together to do this.

For an organisation that traditionally focused on elite and club play, many assumptions had been made about park play; the research allowed these to be challenged and evolved so that the LTA could interact with a more mainstream market.

In terms of results… a story that demonstrated behaviour change and put forth a strong case for funding in the future. Of the 377.5k players exposed to the campaign in the test region, 31% changed their behaviour. But the results go far beyond the literal impact of the campaign:

It shifted deep cultural beliefs in the LTA:
This required an ongoing programme to gently seed the insights from inside the organisation, rather than a classic big reveal. ‘Speed dating’ events and workshops with executives and park players engaged the whole organisation.

It enlisted a broad and disparate group of stakeholders beyond the LTA:
Local Authorities, the Sport and Recreation Alliance, Sport England, have all been involved — the success and implementation of the initiative depended on it. It has also been the impetus behind the participation and regional teams working closely with local authorities to improve infrastructure around booking a park court.

It gave research a seat at the top table:
Research was put on an even playing field with the other communications agencies. And, it got Board and Executive-level exposure and credibility.

It demonstrates how an approach that is anchored in behavioural economics and behaviour change challenges many research conventions, forcing us to design fit-forpurpose methodologies:
We looked at everything with fresh eyes from the ingoing hypotheses, to methodology design, to development of stimulus to analysis. We were rigorous in our mission to ensure a truly behavioural outcome.

This isn’t just a story of results, it’s a story of tackling a unique and complex problem for which there were no precedents. It’s the story of how an insight team sat at the centre of a carefully thought through process, of their willingness to challenge convention, and their clear vision for stakeholder enrolment. 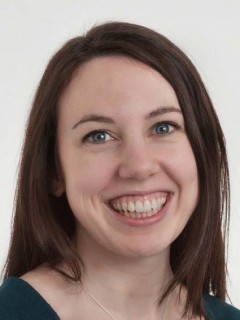