Memories of the future

Why tomorrow could just be many variations of the present

Sitting here in 2017, it’s hard for many of us to imagine (or remember, if you’re my age) the geopolitical scene before the catastrophic events of 9/11 and the military conflicts and global instability which followed. Curiously, in April of 2001, less than six months before the attack on the Twin Towers, the US Defense (sic) department was working on a forecast of the geopolitical landscape they expected to be operating in at the end of the decade (i.e. in 2010). An entirely reasonable project, you might think: not dissimilar to the kind of futurescoping projects that we get to do for our clients.

In one beautifully constructed page of prose, former US Navy officer and lifelong public servant Linton ‘Lin’ Wells II demonstrated the repeated failure of previous attempts to predict the future. Decade by decade, he shows how the strategic forecast missed the mark.

“If you had been a security policy-maker in the world’s greatest power in 1900, you would have been a Brit, looking warily at your age-old enemy, France. By 1910, you would be allied with France and your enemy would be Germany. By 1920, World War I would have been fought and won, and you’d be engaged in a naval arms race with your erstwhile allies, the US and Japan.”

On and on he steps, decade by decade, like a tumbler of the old school, right up to the turn of the century. At which point he concludes simply: “...I’m not sure what 2010 will look like, but I’m sure that it will be very little like we expect so we should plan accordingly.”1

That’s not how most of us respond when asked to think about the future. For all our (very professional) talk of ‘uncertainty’ and instability, for all our statistical caveats about the limits of what the data can tell us, we still allow our clients to act as if the future is predictable. And we get handsomely paid for it, too. As if a straight line leads from Now to Then, from the Present to the (singular) Future. It’s just a matter of tracing that line into the future. Of having the right methodology, the right questions or the right kind of mind. And then, it’s merely a matter of pressing the button or throwing the switch and our clients can just beam themselves into the Future we have predicted.

How might we do differently? How might we accept — as Wells suggests — that the Future is likely to be very different to whatever it is that we predict, however hard we try and however good we are at prediction?

The answer might lie in a rather obscure piece of neuroscience (obscure to the Anglophone world, at least) by Swede David H. Ingvar. He suggested that some people — notably more creative and entrepreneurial individuals — find it easier to step into and embrace novelty and opportunity. While they do, the rest of us hang back, scratching our heads to make sense of a new thing, asking what I’ve previously called ‘The Letterman Question’: is this ‘a thing’ or is it ‘nothing’? Is it significant or just cultural flotsam and jetsam?

These unusual future-friendly types are able to embrace the new and the different precisely because they have seen them before. Not because they have their own TARDIS or a tame geek like Doc Brown from Back to The Future but simply because they have already imagined many variations on the present: some very close to what we have now, some further away. The new and strange is familiar and comfortable. While you and I are Letterman-ing, they recognise something they’ve already — sort of — imagined. It feels familiar.

Think of it this way: when photographer Brian Duffy and stylist/director Celia Philo collaborated with David Bowie on the cover shoot for David Bowie’s iconic Aladdin Sane album, they took lots of shots, lots of possible versions of what the key visual of the album cover might look like. Only the next day, when they checked the contact sheets, was it clear which shot it was to be. They all recognised it; they all agreed because they’d all half imagined it.

By this, what I mean is they had literally explored any number of versions of a basic idea — pose, angle, lighting, exposure, expression — until they found the one they had in their heads.

To the Rescue: Memories of the Future

In these uncertain times, as markets and culture landscapes seem more unstable than ever, we need to put Memories of the Future to work. Rather than sweating ever more precise predictions of where — exactly — we think the future might be, we need to learn or re-learn the ability to explore many alternatives and to look and listen for the familiar in the things we see around us.

In my own practice, my collaborators and I have found two really useful aspects of this idea work hand-in-hand. First, to think in multiples (rather than singles): to think of multiple presents and multiple futures, multiple versions of how things are now and how they might be different. To keep these in frame, I use something like this:

At any one time, some possible futures are more likely than others (near the middle) and some less so (near the edge); over time, they may change position but at least I’ve got things to listen and watch out for.

The other aspect of harnessing Memories of the Future is the focus on being tangible: when we start to think about the future, it’s easy to drift from one possible scenario to another and not actually engage with it. We need to spell out what that scenario would really be like, for users and for the business. And more importantly, to translate that imagining into action: instead of just observing or imagining some alternative future, demand action.

What would it take to deliver this particular future if it appeared tomorrow? What would the business have to do and
stop doing? Familiar? Yes, that’s the point

Mark Earls
This article was first published in InDepth magazine, May 2017
Copyright © Association for Qualitative Research, 2017 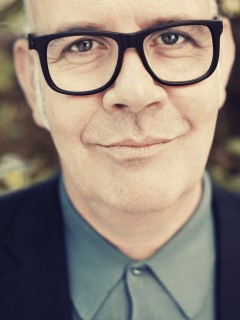