Hannah Mills won the Qualitative Apprentice Award at this year's AQR Conference, but she also explored whether the day lived up to its title.

After graduating from university with a Fine Art degree, there wasn’t a logical next step when choosing a career, but if I were asked to describe my dream job that I didn’t know existed, I’d actually describe the job I have now. I wanted a job that was creative; where I could work with people; and that also allowed me to think — to use my brains and to think critically and analytically.

In the last two years I’ve found it, working as a visual ethnographer. I’m using film and photography in qualitative research to understand people, cultures and behaviours, and have now been lucky enough to share my experience at this year’s AQR Conference.

Personally, creativity was key to the day’s success. It was seen in abundance: creative recruitment — using the power of social media; creative digital tools — embracing technology, including 360° cameras to immerse clients into their consumers’ worlds; and even using ethnography outputs for creative advertising content.

But it was Stephanie Rowley and Steve Hales from Firefly Millward Brown who captured my attention. They showed how they have been changing the creative development process for their clients using the power of improvised comedy to uncover deeper insights for idea creation and development. In their workshop, the cast of The Second City Theatre Company exaggerated our ideas to create a series of satirical sketches forcing us to rethink about our role. The day was divided into a series of short talks and participatory workshops and fuelled by imagination, comedy and even yoga. Some of us never did ‘stand still’ and needed the weekend to recover: the mark of a good conference. 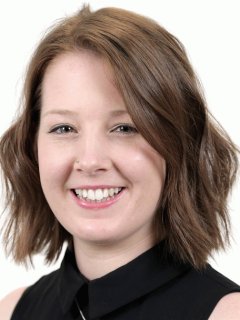 Hannah is actually a secret quantie, having spent her formative Ipsos years in brand and advertising research - but at heart, we know she really is a top quallie. Hannah has worked in the Ethnography Centre of Excellence at Ipsos MORI since 2015 as a specialist, trained ethnographer and film maker. Her experience spans a range of sectors including, FMCG, automotive and healthcare patient research.