Disruptors at the heart of qual

Disruption may have become the norm in industry but has qual. In Brief asks Judy Taylor, come to terms with it and its potential impact on training and staff recruitment?

What were your first impressions of disruptors?

I think disruption has existed for ever in various forms, but what’s fascinating is that it can just as easily come from consumers as suppliers. Our industry attracts people with the power to disrupt things just as in any other sector, and it is they who will make us continue to re-evaluate and reshape our business.

Are they now viewed differently?

Disruption is now the norm, and chaos no longer exceptional, certainly since the crash of 2008. Since then, disruption has been employed by the cleverest industries and people to their advantage. They’ve reshaped and rebooted the way we think about innovation and new ways of doing things. Today, disruptors are mainstream, rather than marginal. Disruption is embedded in the way we do things. I don't currently think of brands like AirBnB and Uber as disruptive, but as normal, part of our multi-layered way of behaving, because technology has offered us so many more options. Also, I think fewer things are taboo now and, because of this, disruption can be part of what we are and how we live.

If disruption has gone mainstream, what’s been the impact on innovation?

There is an enormous amount of innovation, possibly so much that a lot isn't sticking. People who are into making change are creating good new ideas but not necessarily dealing with them strategically, so they don’t become established. Hence the negative press about entrepreneurialism, how only one in ten ideas ever seeds itself properly, possibly because there isn't enough seed capital to spread around. I think there's so much innovation we almost can't see it, it’s like white noise.

Is there a difference between disruption and innovation?

I think disruption is where you completely turn an industry, a way of working, or a brand/organisation/sector communication on its head. Innovation is more about adding to something that already exists. So, if you're innovative in car design, you might find a way of getting into a car that is new and different, so doors slide up rather than open sideways. I think disruption is where you shift the way that people behave or even believe at a fundamental level — and that is different.

So what does all this mean for our industry?

We can be more open and create partnerships to further our thinking, which is incredibly exciting for young people coming into any industry. They like the notion of working alongside others, cohesively, and transparently. I believe disruption and disruptive behaviour lends itself to that. We have moved from a supplybased culture to a demand-driven culture, so actually a lot of disruptors are consumers. We must understand them better because it is no good for our clients to look at key competitors when they are evaluating market opportunities. They must look at what consumers are going to be doing, and demanding, in the next five years in order to stay ahead of the curve.

Are we looking at a new way of working?

The call for qualitative research will be enormous and I would argue that you can (only) do that work effectively if you understand the disruption mentality, which to some extent means you must have it. I think all the ‘rules’ around qualitative research and its conventional wisdoms about ‘interviewing’... a lot of that will go, because people’s need to discuss things with potential consumers in a very informal and iterative way will take over — and disruptors will be very good at that. We will have to go out there to find out how people are thinking and what their philosophical perspective on brands is, as well as how they operate, to best support our clients.

What age are these disruptors?

How are they different from previous researchers (or respondents)?

When I ask them to put together some sense of what we might do on a proposal, they will question everything that is on that page, from the client, before they even think about what methodology they will use. Now we always said we did that, but we did it with deference, and they don't. They immediately assume that they have entered into a partnership with these clients and that they have got not just a right but a responsibility to challenge the very essence of the brief. As respondents, they love collaborating, so in the groups there wasn't a sense of waiting for somebody to speak, or the need for a warm up. They wanted to share their ideas, they wanted criticism and praise

Do you think clients are ready for this type of research?

I think they are crying out for it. And certainly, in my experience the type of work I am doing now is enormously different from five years ago. The questions I am being asked are much more open and future facing, and need a much more urgent response. We don't build five-year innovation pipelines anymore, because by year five they will be dead.

Will more research organisations open up their team to disruptors, or will they exist as independents?

I think large research organisations will have to open their doors to these people and, to be fair, I think the most enlightened of them already do. They know that disruptors are essential to survival. 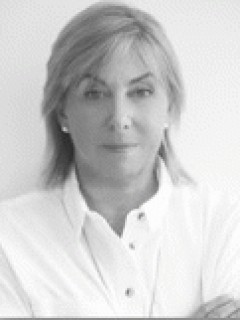 Judy first joined the wold of qualitative research in the 1980's and was one of the first entrepreneurs that emerged from The Research Business International (TRBI) in the early 90's. Having worked at several renowned research agencies Judy is now an independent researcher and a Non-Executive Director at LRWTonic. Judy is also a coach.

October 2017
Disruptors at the heart of qual