Veganism is getting a sexy new make-over, but why should you care? Well, it offers insights into a new generation of consumers and a canny stealth marketing exercise.

Veganism is on the rise. There are 1.14 million vegans in Britain aged 15 or over; and the number is growing. Half of these are aged 15 to 34. Watch out food brand researchers, you're going to need to make products vegan-friendly for this next generation of customers.

With growing awareness of the environmental impact of meat eating and the trend for plant-based ‘clean eating’, the market research firm Mintel says 11% of Brits say they have at least tried to follow a vegan diet — cutting out all animal products, including meat, fish, milk, cheese, eggs and honey.

Tesco says demand for vegetarian and vegan ready meals and snacks has soared 40% in the past year, prompting it to introduce new labelling to flag up all its vegan products.

Asda has become the first UK supermarket to use the Vegan Society trademark on its products, starting with vegan vodka.

Charlotte Moore of Smoothie PR, who counts fine dining vegetarian restaurant Vanilla Black among her vegan and vegetarian food brand clients, explains why vegetarianism and veganism are trends that won't go away. She is vegetarian and has been vegan.

"Flexitarians and reducetarians now have the freedom to commit to trying vegan dishes without having to adopt the ‘I’m a vegan’ label. They can dip their toes, or rather fingers, in and try it. The success of Pret Veggie, now opening its third store in London, makes it easier to try out veganism for lunch, for a day, or for a week.”

Pret's top-selling dish in these new Veggie stores is vegan. Many of Pret’s dishes are described as veggie boxes, and are vegan but not labelled vegan. This is vegan marketing by stealth; their customers will be eating vegan without actively realising it.

People have been put off being vegan by having to give up their favourite cheese and bacon, but vegan cheese and ‘flacon’ are now making it easier. Supermarkets now offer a vegan alternative in most food categories and Quorn has a vegan range.

Some 22% of vegans live in London and I’ve met a few of them in my in-store shopper research recently. Most of the food brands I have worked with in the last two years, including Cauli Rice, Unilever, Nairn, Nakd bars and Bol Foods, are actively creating products for vegans. BOL Foods, formerly innocent Veg Pots, has recently dropped its meat-based products and re-branded with the line: "Better for you, kinder to the planet. Eat Plants, Love Life". I recommend to new food start-ups that being plant-based will give them a head-start and an advantage, while allowing their costs of product to be lower.

Charlotte Moore explains: “for years vegans have had to fight the ‘militant bearded and sandal-ed lentil-muncher’ prejudice. With the increase in lithe, media-friendly vegetarian bloggers like Deliciously Ella and vegan Made in Chelsea star Lucy Watson, vegetarianism and veganism is smokin' hot. Smoothie bowls and Buddha bowls proliferate enticingly on Instagram. Baileys has just launched a vegan version. It’s easier than it’s ever been to feel free to jump into veganism.”

The younger generation is more open to trying new dishes, and is heavily influenced by Instagram and bloggers. Celebrity athletes and singers like Ellie Goulding and Thom Yorke of Radiohead embrace and publicise their vegan lifestyle. Little Miss Meat Free, Lucy Watson, Rebel recipes and the Fat Gay Vegan all have thousands of followers on Instagram and Twitter, and are launching vegan recipe books.

Take a look at @plantbased_pixie on Instagram and you’ll be vegan too. With #Veganuary every January, the veganrecipehour hashtag trending weekly on Twitter, vegan street markets and beer fests and vegan discos, vegans are no longer out in the cold in their sandals and sackcloth.

I have seen in my research that the huge coverage of, and move towards, free-from has normalised cutting stuff out of your diet and experimenting.

Researching young and older shoppers in the supermarket aisles, I find that alongside ethical reasons, one key reason for shoppers in their twenties going vegetarian (and then vegan) is the cost; if you cut meat out of your diet, you can slice your shopping bill in half. I also find vegetarian millennials trying out being vegan for a month at a time. They are actively looking for vegan food products to help them.

She sees a definite trend of vegans falling into two camps: the environmentally concerned animal-lover ethical vegans, and the rest of us, who are changing our lifestyles to eat less meat for health reasons. In her view, veganism will be mainstream in five years time, rather as gluten-free has become.

Enjoy your next Meatfree Monday, and ponder this: have you been accidentally vegan without knowing it? I’m off to eat my borlotti beans with tomatoes. I cooked it up because it was delicious. Turns out, it’s accidentally vegan. 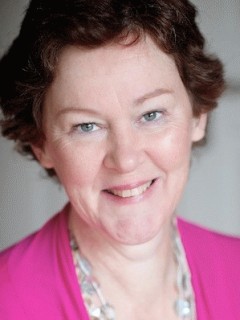