The Young Disruptors group held its inaugural meet in the heart of Soho, with a fiendishly difficult pub quiz that prompted ruthless rivalry and intellectual showmanship.

From the moment we set foot on our career path, networking and the mantra of ‘who you know, not what you know’ are given almost evangelical levels of importance. Guides, manuals and webinars are dedicated entirely to putting yourself about, most often by veteran campaigners. As a 26-year-old enjoying life in the big city, the idea of mingling with suits and sharing awkward small talk is not something that excites, with an evening in the pub or on the sofa a far more satisfying prospect.

But what if networking was given a younger, less formal face? This is exactly what AQR has done by introducing its new Young Disruptors group. Catering for young and relatively inexperienced researchers, the aim of the game is to engage people just like me, trying to make an impact in the industry but distracted by trying to enjoy what’s left of my youth outside the office.

On the way to the inaugural Young Disruptors meet-up I remarked to my colleagues that I hoped we didn’t have to chat research. There was no need to worry, with the first event taking the shape of a brilliantly organised and increasingly raucous pub quiz in the heart of Soho.

As researchers, we are often tasked with showing prospective clients in pitches and proposals how we apply our red-hot brains for their benefit. At this fiendishly difficult quiz with strong yet jovial competition between firms, semantics and finesse gave way to ruthless competition and intellectual showmanship, no doubt helped by a generous bar tab provided by Razor Research and Dub.

After sharing beers with colleagues and new friends and wandering off in the direction of home, it occurred to me that the evening’s journey was hardly different than that of any experienced industry networker. I had met more people than I can recollect, formed stronger bonds with current and new colleagues, and added my presence to an industry event. Within the space of a few hours, networking was no longer merely beige conference centres with bad coffee, but rather memorable evenings among likeminded people. 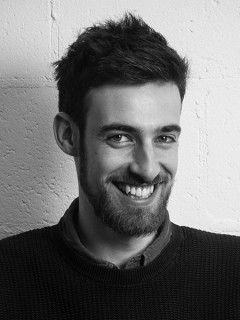 August 2018
Riding the winds of change