Two Systems? The Significance of Kahneman's Systems 1 and 2

Behavioural economics has rapidly become the new orthodoxy. While it is full of fascinating ideas, we should be wary of accepting it lock, stock and barrel. In particular, Systems 1 and 2, a key component in the popularisation of behavioural economics, is not as well founded as we might assume.

The psychologists who pioneered what came to be called behavioural economics raised questions about the classical model of economic rationality and the theory of utility. They demonstrated that people did not always seek to maximise their return in the way that economists would have predicted. The psychological aspect of this was termed heuristics: the shortcuts people take that work most of the time, but also lead to ‘false’ conclusions.

As qualitative researchers, this is exactly what we have found in our work: frequently the decisions people make are illogical, at least if you judge things in terms of economic rationality.

Following his Nobel Prize for Economics, Daniel Kahneman wrote his bestseller Thinking, Fast and Slow to summarise his lifetime’s work. He built this book on the concept of System 1 and System 2, or fast thinking and slow thinking.

System 1, we are told “operates automatically and quickly, with little or no effort and no sense of voluntary control”. System 2, by contrast “allocates mental attention to the effortful mental activities that demand it, including complex calculations…often associated with the subjective experience of agency, choice and concentration.” He goes on to say that “most of what you (your system 2) think and do originates in your System 1, but System 2 takes over when things get difficult, and it normally has the last word.”

Although lots of people in our profession and the broader marketing world have read about the whole panoply of heuristics and biases and have learnt why, for example, drug dealers live with their mums despite being so rich, it seems to be this two-system approach that has really caught the imagination and that gets mentioned in conversation.

We ought to be sceptical about wholly accepting the two systems as a new orthodoxy (in the iconoclastic spirit of Tversky and Kahneman themselves) for three main reasons.

Firstly, Kahneman is ambiguous about what they actually represent and what they are. Earlier in his career, Kahneman had used words that were precise, provocative and pugnacious. He, or at least his collaborator the late Amos Tversky, knew exactly what they were doing when they put titles on things. Apparently they did not start a paper till they had a brilliant and orthodoxy-challenging title. They also despised explanations by way of metaphors, which they saw as sloppy and frequently misleading.

Based on this it is extremely dispiriting to note how evasive the author is when describing the two systems. In an interview with the American Psychological Association in 2012, he says “I should begin by saying that I don’t believe they are really systems. They are expository fictions, and I write the book as a psychodrama between two fictitious characters.” Early in the book, he refers to them as “the two modes of thinking”.

So are they ‘systems’ or aren’t they? If they are systems, what does he mean by a ‘system’? If they’re not, in what way does it help giving them such a definitive sounding appellation, with its suggestion of being deep, hard-wired, all-embracing and all-powerful?

We are therefore dealing with something that is either the core way in which our minds work or just a compelling literary device that the author thinks might help us mere mortals to understand his work.

This studied and rather arch ambiguity is unhelpful. As a qualitative researchers hoping to benefit from working with some of the constructs and ideas of behavioural economics, what use can we make of these systems if their creator himself gives us no clear direction? On this basis alone we ought to be sceptical.

Secondly, we need to consider the two systems in relation to our understanding of how the brain works.

At precisely the same time as behavioural economics has developed, we have witnessed the remarkable development of modern neuro-science. As the technology to study it has become more powerful and more readily available, so the knowledge of the way the brain works has become greater and the roles of specific physical parts of brain have become much clearer.

We also know considerably more about the way the parts work together, in incredibly complex ways, creating circuits and synapses. Inter-connectedness and mutual dependencies of specific areas and functions is very apparent.

If the two systems identified by Kahneman are fundamental to the way the mind works, we would expect to see some basis for it in neuro-science. The view that the brain consists of distinct components (whether the two systems or the in some ways curiously similar ego, id and superego model of Freud) have, however, been largely discounted. As Lisa Feldman Barrett puts it: “When we peer into the workings of a functioning brain, we don’t see mental modules. We see core systems that interact continuously in complex ways.”

Thirdly, we should think about knowledge we have gained from qualitative research since the discipline was devised. We can all speak from our personal experiences and those contained in reports we may have read or commissioned.

For example, I can think of examples that can be forced into the bifurcated worldview of the two systems but are better explained in their own terms.

In the insurance market, someone may think for years about the need for a particular type of policy and then spend an hour taking one out. In this case, the ’slow’ phase was characterised by relatively low key, loose thinking. The ‘fast’ phase was when the sharp thinking and calculation came into play. In other words, the exact opposite of the way the two systems are meant to work.

In supermarkets, given how quickly shoppers fill their baskets, we might think they are in System 1, on automatic pilot, almost irrational. The realities are more complex. For poorer shoppers, the sums are most certainly being done in the head as they walk around, and they may be sticking closely to a carefully worked out list. And in terms of the products being bought, the selection might look unthinking but be based on years of familiarisation, trial, acceptance or rejection by family members. In other words, it is about acting fast on slowly acquired knowledge. The factors “interact continuously in complex ways”.

Einstein said “make everything as simple as possible, but not simpler”. In attempting to make brilliant insights accessible, System 1 and 2 has crossed the line. We can use it if it suits specific projects, but as an overall summation of the way the thinking brain works, it is too simplistic. 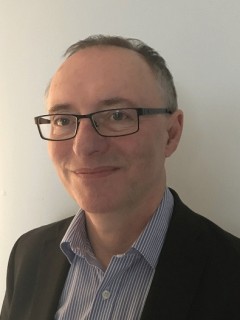 Steve Williams runs the qualitative consultancy Stratosphere Research which he set up in 1999. Prior to Stratosphere, he began his career as a qualitative researcher at Millward Brown before moving into advertising as a Planning Director at JWT Manchester.

June 2018
Two Systems? The Significance of Kahneman's Systems 1 and 2

January 2018
Speed dating with a difference