The myth of the focus group

A month or so ago emails were flying within the qualitative research community following a Guardian long read article, so AQR decided to engage the author in conversation.

The Guardian long read Talk is Cheap: The Myth of the Focus Group by Liza Featherstone, took the qualitative community by storm. Described as “well-argued and intelligent”, the observations about clients' contempt for participants struck a chord with many. Others felt the focus on politics didn’t resonate entirely with the consumer world most of us work in. Either way, it was a fun experience for us and our industry to be on the other side of the proverbial mirror.

Following this reaction, the AQR arranged a panel debate with the author herself. Hosted on Zoom, Lyn McGregor, Judy Taylor and Louella Miles chatted with Liza about the article, her book, and the role and power of the humble focus group. Personally, two parts of the discussion stuck with me. The first is the need for us to help clients understand the role, purpose and power of the focus group. The anecdote of New Coke was used as an example where qual identified the negative consumer reaction but wasn’t acknowledged because ‘it was the passionate minority’.

As we all know, qual isn’t about the numbers, it is about social dynamics, discourse, language, and understanding the power of the minority to influence and persuade the majority. Was it the role of the researcher to remind management of that?

The second was when Liza said something along the lines of “the humble focus group always seems to outlive its eulogies that come out every couple of years”. Online is supposed to have killed the focus group. Social media the same. And can we ignore the predicted effect of data mining on this beloved methodology? Data collection is only a very small part of what we do, which really centres on analysis, interpretation, storytelling, and persuasion.

For the right question, the focus group is a powerful way to understand people, their emotions, and their interactions; and is a unique tool in a portfolio of methodologies. Our skill is not just running groups, it is asking the right question and interpreting the answer.

Hosting the discussion on Zoom worked brilliantly. It was more fluid, flexible and engaging than the standard webinar, but with all the convenience. I’m hoping there will be more topical discussions held in this way in the future. Does this innovation mean the AQR conference is now dead too? Probably not. 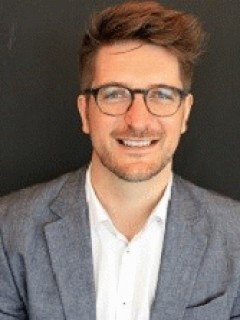 Richard is a dynamic researcher with a decade's qualitative experience. Richard brings with him an extensive portfolio of agency side experience - both national and international - in an impressive range of sectors from FMCG, to consumer electronics, telecommunications, retail and financial services.

June 2018
The myth of the focus group