Qual as a career choice A typical qual project

A year of independence

There comes a time in every researcher's life when they question what direction their career should take. In Niall Smith's case, it meant a leap into the great unknown.

It was about a year ago that I made the decision to go freelance. I was looking for greater control over my work/life balance, and what I was working on. I was conscious my kids wouldn’t be young forever, so wanted to be around more. And I had my own ideas in research that I wanted to pursue, which I couldn’t justify spending time on when I happened to be working for someone else.

But going independent is a risk, and I am not a natural risk-taker. I had a good, secure, job and my wife was days away from going on maternity leave. We had a mortgage to pay, three kids now to feed, and were losing the guaranteed income from two salaries at once. Full-time employment provides a wonderful security blanket and it felt crazy to be considering throwing it away. But maybe it's a case of there never ever being a "good time".

Plus I could feel imposter syndrome kicking like a mule. It had me convinced that no one would want to actually pay me: I wasn’t good enough, so why would anyone want to work with me? As someone who had always enjoyed the camaraderie of agency life, the idea of freelancing gave me visions of being sat alone waiting for someone to call, like being the last one to be picked for school football.

As you can imagine, this all led to some difficult conversations with my wife, though perhaps not for the reason you’d think. By this point I’d spent the last seven years toying with the idea of going freelance on and off, so she was very firmly behind the idea, if only because she wanted me to shut up about it. In fact, I spent most of my time trying to convince her I shouldn’t, but I am extremely fortunate that on this particular occasion she wouldn’t have any of it.

Because I am grateful I made the change. It has meant I’ve spent more time with my kids, and I’ve been able to work on some fantastic projects. I’ve never felt the loneliness that I so worried about. Instead I’ve really felt welcomed into the teams at the different companies I’ve worked with.

In fact, so many of the things I assumed would be difficult before I started were actually straightforward. I remember being really concerned that setting up a limited company was going to cost a fortune, take weeks, and generally feel like wading through treacle. Instead, the reality was that it took an afternoon and hardly cost anything.

But being independent can leave you vulnerable to being blindsided by things you had never considered. For example, it was only in conversation with a friend that I realised the implications for my mortgage, since I would now be self-employed, a discovery that very nearly stopped the whole enterprise in its tracks.

Fortunately there is large, and patient, community of freelancers who are happy to share their experiences, which helps mitigate against the things you’re not aware that you don’t know.

The hardest thing has been keeping my nerve. The peaks and troughs that affect everyone in market research take on a very different character when you’re reliant on new work to pay the bills. When I quit my job, I remember imagining my last pay day as the edge of a cliff. And when I’m in the middle of a quiet spell I have a tendency to start to see that great chasm yawning again in front of me.

I try to remind myself to enjoy these moments and embrace the extra time with my family, rather than start convincing myself that I’ll never be paid again. And in the busy times, I try to put a lid on my paranoia about turning down work, for fear of offending clients. I think all freelancers (and everyone everywhere) dream about a nice, steady stream of work, not too little, not too much.

Yet that's all it's likely to be: a dream. I don’t know anyone who has managed to achieve it.

These financial anxieties can manifest in other ways. When I worked for another company I felt sufficient emotional distance from the company’s finances not to feel too worried about paying for professional development, or sorting out the website. But there is something qualitatively different about doing this when you know that it’s your money, maybe money that would otherwise go on a family holiday, or birthday presents.

Part of my reason for going independent is that I wanted to invest in new tools and techniques and I wanted to give myself the opportunity to try something different. But, when the time finally came to pay for this development I found myself very hesitant to push the button.

And the next step?

Despite these anxieties, I look back with pride over my achievements in this first year and now find myself wondering where to go next with my business… do I keep it small, so I can enjoy the lifestyle and the time with my family, or are my ambitions to grow? The trouble being, to properly grow the business might eventually lead to it becoming the very sort of agency-life that I had stepped away from.

But I know that whatever I decide, I’m deciding for myself. I’m making my own mistakes and learning from them, as best I can. And that is independence. 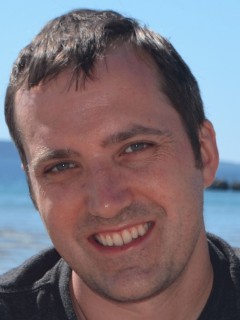 Niall has been in the insight business for over 15 years, and has experience of more or less everything that research can throw at you. He founded SketchBook in 2017 to provide a friendly face for quant and tech in research.

October 2018
A year of independence