The case for being there

Presence in research practice can have hidden benefits

It was only when we were out on the motorway that I finally understood what my informant had been talking about. We had been chatting about the subject all day and I felt I had got a reasonable sense of what made this mild looking guy tick. In truth, he was about to demonstrate to me just how far off the mark I had been.

Cruising at 60mph he shifted the car into the middle lane of the rush hour Amersfoort traffic and took his hands off the wheel. As we sailed towards the car in front he crossed his arms and turned to me with a huge grin on his face.

My experience on that road is difficult to define as a single ‘insight’ and the commercial value of my being there as we hurtled along the motorway is not easy to define. Certainly a description of that particular moment in time didn’t make it into any final report, even though that whole experience of riding in an autonomous electric vehicle coloured everything I went on to write about the subject.

What I had understood up until that point was the often very economical practical reasons behind people’s decisions to purchase electric vehicles, the rational stuff that’s easy to explain, but what this man had shown me was the potential behind these cars to be part of something much bigger — a bold kind of future where unexpected new technologies have the potential to truly surprise and delight both the people who purchase them and their erstwhile passengers.

Here, there or elsewhere?

For people like me who see ‘being there’ as a vital part of our toolkit the issue has taken on a new urgency. As we gain access to increasingly sophisticated tools, including the use of AI and the ability to process complex, rich streams of organic social/behavioural/conversational data, the idea that there is value in sending an actual real person to go and do some fieldwork can come across as outdated.

There is still a clear role for face-to-face interviews, but the case for this needs to be better defined, with clear benefits that shift it from what will potentially become a ‘nice to have’ when we find that chatbots and other AI solutions render even the interviewer increasingly redundant, into a ‘must have’.

This can, perhaps, be dismissed as mere conjecture yet it also reflects a more general direction of travel, largely dictated by wider economic forces, whose logic points towards more streamlined ‘agile’ solutions where the cost and time involved in conducting research is pared back to a minimum viable product.

Such solutions are almost inevitably digital in nature, where bespoke platforms can assist with front end management and back end analysis to provide scalable results.

From a purely methodological standpoint, these solutions also open up the argument that having a researcher in the room can be regarded as not only unnecessary (and costly) but also undesirable, making people behave differently from how they otherwise would and tainting organic and authentic interactions.

We have all been in situations where the ‘show’ that people feel the need to present to that stranger with the clipboard sitting in their living room (or in the viewing facility) can obscure the truth. It can lead to us failing to gather accurate representations of what really goes on or even what people really think.

Simply omitting the presence of the researcher from the process certainly (at least to some extent) bypasses this particular issue. I would, however, argue that the problem here does not lie with presence per se, but rather with the nature of the encounters we set up and the need for greater care in how we go about positioning ourselves.

This is about taking the spotlight away from the researcher and allowing for environments where more natural social dynamics can arise, situations where people are interacting with people and objects other than the researcher, or to put it more bluntly, where the focus is on something concrete other than ‘being interviewed’.

This can be quite simple to enact so let me give a recent example. Our team were commissioned to explore the role of running in people’s lives. Rather than simply talking to them about it, we went for runs with them. Being present as runners were exerting themselves enabled them to be more open and more visceral about their experiences and what running meant to them. This enabled us to get to the heart of what motivated them to push beyond the pain barrier and hence, the heart of what more powerful communications around running should look and sound like for our clients.

A particularly interesting aspect of this kind of dynamic is that it also relieves the pressure on the researcher to puzzle out continuously what the next question should be so as to keep the conversation flowing. Because there is a different focus of attention, there is room for other,equally valuable work to be done.

This is where we can start to define the somewhat defensive strategy (why you should still do it) to talking about a more progressive approach (the additional value it can add).

The Power of Observation

To me, the big point to be made in respect to how presence can add value is that ‘being there’ presents an opportunity to capture observational data. At its most basic level, this is about capturing behaviour as a means to identify the constituent parts of usage occasions and pain points around product usage. Being able to observe this stuff and ask questions along the way (‘I noticed youdoing x, could you have also done y’, etc?) can get us several levels beyond the theories people have in their heads about how they do things (which are also useful) to the actual practice.

This particular point was illustrated very nicely by Catherine Crump from Decidedly in her presentation at AQR’s Big Day Out on recent work she had done on media usage in households on behalf of Disney. Here, her team had set up remote viewing cameras to capture media consumption occasions which they then followed up on with in-home contextual discussions

An important point raised here was how much people struggle to define what channel they are actually using at any given moment. If I’m streaming Netflix via a Chromecast to my TV and using my tablet to control everything — which device takes precedence in my description of what I’m doing? Capturing this kind of complexity is exactly where observational work can come into play.

I would also add to this that observation can stretch beyond individual behaviour to understanding broader social dynamics and environmental influences. The power of building contextual understanding into our work should not be underestimated.

Reflexivity and the Researcher

The second point to be made is around the notion of ‘reflexivity’, which was masterfully dealt with by Keisha Herbert from Think Tank at the same event.

Reflexivity really boils down to the idea that the researcher needs to be sensitive to their own experience, both in terms of the preconceptions and prejudices they bring with them into the field, but also the impact they have on the field and vice versa.

Having a clear understanding of the impact our presence can have on a situation is a must. At one level this is something of a hygiene factor and checking our prejudices and assumptions should be built into pretty much any interaction with people we are intending to study.

The implications of accepting and embracing the research effect, however, rather than trying to mask or dampen it are more far reaching. If we can bring ourselves to be more honest about this part of the process then we open up the experience of researchers themselves as a valid, additional source of data. This takes us beyond the idea that we are present merely to extract quotes and testimonials from the people we encounter, to the idea that we must also pay attention in a systematic way to our own thoughts, feelings and impressions while in the field.

It may well be the case that much of this is second nature to many experienced qualitative researchers. The case for being there and benefits it can bring to the work that we do for our clients is one that we need to articulate clearly though if this aspect of our work is to continue to have a viable future.

Peering into that future is a mug’s game, but we don’t need to do that to see where the basic issue here lies. Our job as researchers is to provide meaningful data, and intelligent analysis that takes that data and uses it to help guide decision making in businesses. Our methods of data collection should be secondary to this fact, and if there is a business, technological or economic driver that points to one method being more efficient than the other then it is our obligation to our clients to choose this route.

We cannot cling to presence simply because we’ve always conducted research that way or we have a gut feeling that it is the right thing to do. We need to show how the data we gather under these circumstances is not merely better but qualitatively different, unique and uniquely valuable. That’s the task ahead of us, I’d suggest there is some urgency to carrying it out. 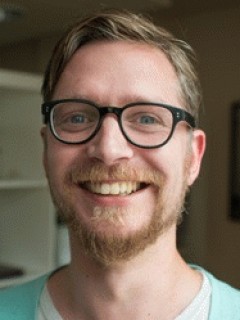 Jim is Associate Director at BAMM, a Visual Thinking company that plays host to a hybrid mix of photojournalists, anthropologists, videographers, semioticians and strategic thinkers. BAMM is dedicated to helping clients 'see more' through engaging, context rich and culturally relevant research. A UCL Anthropologist by training, Jim has been delivering ethnographic insight under various guises for global clients and brands for the last five years.

October 2019
The case for being there