FinTechs, or digital-only banks, are redefining the rules of customer service. So are traditional banks lagging behind or are they taking a leaf out of these newcomers' books?

You can’t miss the simple, stylish, witty adverts while traversing the London cityscape. In one ad, a hand emerges from a hole in a wall, holding a card against a sophisticated white and rhubarb colour block background. The caption next to it reads: "Sexier than your ex…#26reasons". Your first impression could be... is this advert for the latest fashion trend? Upon closer inspection, you realise, no: it’s advertising a bank.

The new crop of FinTechs or digital-only banks, such as Monzo, Starling and N26, are eschewing traditional banking advert conventions in favour of more rebellious peer-to-peer dialogue.Their language and product design means that service in the banking category has shifted from an oligopolistic environment, predicated on rigid rules, to one that is highly competitive. Early category challengers like First Direct, Halifax and Santander have been joined by a new breed who are basing their offer on consumer expectations of accessibility, flexibility and transparency.

Apprehension and scepticism underpin this generation’s financial decisions, along with questioning the ethics of traditional institutions including the banking sector. This worldview shaped the key values which now govern their service expectations, including personal agency, transparency and openness. Millennials, particularly those born in the developed world, and Gen Zs, however, also benefit from rapid technological advancements in the 21st Century. Comfort and familiarity with the internet and handheld digital devices make them tech savvy, with expectations of rapid innovation and flexibility from the brands they interact with. These expectations are not being met by the less technologically nimble banks. They risk assuming that the service needs of an older demographic, such as loyalty, authority and trust, also apply to a younger one. FinTechs, by contrast, appeal because they are digitally adept and communicate transparently.

All this is accompanied by casual expressions mainly seen in social media, including hashtags and colloquial language like "glow-up" or "rubbish". N26 even adapts its tonality geographically; e.g. more explicit language for Germany and drier wit for the UK. These cues signal stylishness, clever playfulness and relatability. The current top-down approach to service seen from traditional banks is shifting to a modern, conversational and peer-to-peer style by their challengers.

Current banking services are tethered to time and place. Guidance, when opening a new account on a legacy banking website, is in a non-interactive legal-like format, with sequenced instructions about branches to visit during select times with requirements for printed documentation to gain trust. The emergent trend, however, focuses on accessibility, flexibility and support. Driven by tech innovation, digital banks have branded their service offerings around mobility, global connectivity and ease.

Recent comms from start-up banks feature imagery of mobility (e.g. space suits, world maps) and language of connectivity (e.g. "Banking anywhere" and "The world at your fingertips"). Additionally, features like Monzo’s ‘Bill Pots’ or Starling’s Goals help individuals visually and interactively manage money in a simple, stress-free way. Yet building society Nationwide has begun to shift its messaging. Comms language such as "We won’t judge, We listen" indicate a tonal shift to accessible support.

Unlike FinTechs, it targets a wider age demographic through references to understanding communities. HSBC’s comms, meanwhile, focuses on major UK cities with their unique idiosyncrasies, communicating an inclusive service. While FinTechs also provide a sense of community, centred on membership that challenges the banking status quo, this may be narrow and exclusionary to those unaware but open to digital finance.

Millennials and Gen Zs are becoming the majority consumer base in financial transactions and their expectations of brands are defining new trends in other industries. Look at, say, the drive for on-demand media in entertainment, anywhere-anytime ridesharing in transportation and conscious clothing in fashion. Taking a customer focused approach shouldn’t be seen as a mere fad, but as an opportunity to future-proof your brand. 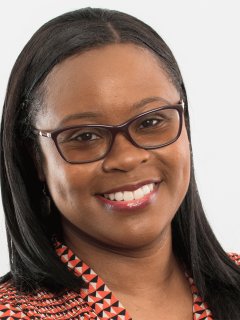 Dr Jennifer Simon is a Senior Semiotician at Crowd DNA, where she specialises in commercial semiotics and brand strategy. She has delivered semiotic projects for a wide range of brands across multiple markets and sectors, including tech, FMCG, fashion and financial services. Her background also includes academic research and teaching Cultural Diversity and Sociology courses at Rice and Georgia State University in the US.