When digital isn't the answer

Coloured pens and sticky notes triumph in the digital age. For Brackenhurst College, keen to attract teens to its vocational courses, it reignited engagement.

The challenges of engaging a teenage cohort are very real. Worst-case scenario, you are faced with a room of awkward individuals, quietly eyeing each other up, working out an unspoken hierarchy. And because 15-year-olds are so comfortable around tech, it's easy to assume that a handy app or intuitive online survey are the creative ways to engage them. After all, a phone is such an immersive tool.

For our project, the best decision we made was to reject "digital" and focus instead on a refreshingly simple way to reignite an unprecedented level of engagement and a staggering depth of insight from our teenage cohort.

In 2017, Nottingham Trent University was outperforming the rest of the higher education market. But applications and enrolments on further education courses at their Brackenhurst College (a rural campus specialising in vocational, land-based courses) remained static.

To attract more students to these courses, Brackenhurst College's prospectus and marketing materials needed to be relevant, bespoke and appropriate for a Year 11 student looking to pursue a vocational, land-based course. This would be more appropriate than mirroring the style used for the University's more academically driven higher education courses.

Our brief was to explore and understand how well Brackenhurst College's existing prospectus connected with their teenage target group. We needed to explore how they related to its look, content, feel, style and tone. For this depth of insight, we needed to maximise teenage engagement at every stage of the research process.

Choosing to recruit at Brackenhurst College's Open Day made finding a small, niche group easier and their parents were there to provide consent. But deciding to do the recruitment myself, as a moderator, proved to be a game changer in beginning to engage a conventionally challenging age group.

Conducting recruitment interviews on-site allowed me to observe and understand their preferred terminology and language, key findings that informed the development of discussion guides. More importantly, it built an early rapport and allowed me to gain their trust.

With an age group so saturated with digital, we wanted to engage our teens with something different. Rather than using a clever app or interactive, digital tool, our approach was refreshingly simple but unleashed such a depth of insight that it became instrumental in overhauling Brackenhurst College's entire marketing strategy.

Each teenager received a parcel in the post, a novelty in itself. Inside they found a bundle of red and green sticky notes, coloured pens, a Brackenhurst College prospectus and another from a competitor
We simply asked them to express everything they liked or disliked about each prospectus: red for a dislike, green for a like.

So what was it about such a simple pre-task that ignited an unprecedented level of enthusiasm and engagement?

It was seen as refreshingly different. It was fun. It gave them the freedom to be hands on and creative, reflecting their preferred method of "learning by doing". It encouraged them to think independently, reflecting on everything from individual images and specific words to the tone and overall feel. They could express their thoughts quickly and easily. They were totally immersed.

This stage alone provided over 1,200 sticky notes of insight.

Think back to our worst-case scenario: a focus group of disengaged, awkward teens.

What we experienced was energy. A group of teenagers who arrived for their creative workshops warmed up and relaxed, welcomed by a moderator they already knew: a reassuringly familiar face, armed with ideas and thoughts and a shared sense of purpose.

Maintain that energy with short, interactive activities, reflecting the language and terminology that they understand, and engagement builds further. They are on their feet, coloured pens in hand, creating an 8ft wall chart that explores their entire thought process as they approach the college application stage. Bonding as a group, they have the confidence to express themselves, encouraging each other to discuss their ideas in greater depth, excitedly taking ownership of their creativity and thoughts as they flick through prospectuses together. Designing their own "ideal marketing campaign", 100% engaged.

For Brackenhurst College, the research findings were dramatic, leading to a complete, game-changing redesign of all marketing materials, and their entire recruitment process. Applications and enrolments to the college doubled as they successfully differentiated themselves from their competitors.

Even plans to move their existing prospectus to a digital format were abandoned. Our teens strongly expressed their preference for a tactile format that they could annotate, highlight and carry around. As to the word "prospectus", it was deemed a barrier and was replaced with a more relevant name: "College Guide".

What does this mean for us, as researchers?

It's easy to assume we understand this age group. To assume that digital technology will always spark the required level of depth, interest, enthusiasm, and engagement. But in an age where they are saturated with technology, have the confidence to strip things back.

Engagement has energy. It unearths deep, detailed insight and eye opening, considered responses. It's noisy. It's colourful. It's movement. It's shared ideas and tactile resources. 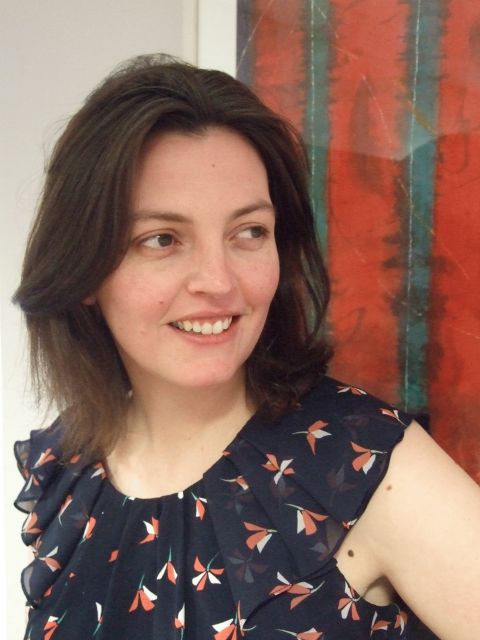 Sarah is a director at ampersand research. She loves listening to, talking to and watching people. Most of all she loves turning these snippets of conversations, nuggets of data and observations into something that clients can use to build successful brands.