The 2012 Paralympics placed positive images of those with disabilities in the media, but what's happened since?

My name is Steven Lacey, Managing Director of The Outsiders, and I am disabled. I was born with what is called a lobster hand, which is shaped like a hook, as well as having a missing fibula, a shortened tibia and only two toes on one foot. I'm also neurodiverse... I am dyslexic.

I was born in the 1970s so, when I was growing up, I didn't really see anyone with a disability in the media. This made me feel that I couldn't be successful; like I was a complete and utter outsider. Things only started to change in 2012 with Channel 4's coverage of the Paralympics. For the first time, we saw positive and inspiring images of disabled people on the TV and in advertising.

However, in the last few years I think there has been a change. We are starting to see more interest not only in showing disabled people in a variety of roles, but also in representing different forms of disability. This is important because one of the stereotypes of disabled people is that we are just one big homogenous group. But my needs as someone who is physically disabled and neurodiverse are very different from the needs of someone with a hearing impairment or a visual impairment.

I am also starting to see some of the other stereotypes being addressed, such as disabled people being seen as stupid, incapable or pitiful, we can't a job, get married, have sex or become a parent. Neurodiverse people, depending on condition, can either be seen as geniuses, or complete outsiders, incapable of living in the normal world.

I'm encouraged that these stereotypes are starting to be broken down, but I think the media and advertisers need to do more. First, there is a tendency towards the villainising of disability in popular culture. So many of the most iconic baddies in film and television have disabilities or disfigurement; think Penguin in Batman, Captain Hook, most Bond villains, and even Scar in the Lion King. This needs to be addressed.

Second, we need to think carefully about the language we use. For example, describing somebody as "suffering" from a condition makes an ableist assumption. This goes beyond disability and neurodiversity to encompass how we talk about mental health. It is not helpful to say people like Trump or Putin are "crazy" as this villainises poor mental health.

And third, I would like to see an end to "cripping up", the practice of able-bodied actors taking parts that require them to fake a disability. Why not use a disabled actor? More disabled people behind the camera would be a positive step too.

Much as mainstream media and advertisers are starting to wake up to the potential of more inclusive approach, I think the real revolution is coming through social media, and especially on TikTok. Content creators such as Imani Barbarin (@crutches_and_spice) and India Sasha (@indiasasha) own the message so they can drive change in the most positive way, and they are smashing stereotypes and getting their activism across to a massive audience.

I was born with a disability, but that isn't my whole identity. Identity is like a jigsaw, with pieces that are constantly changing. My disability is a central piece of that jigsaw. It is a big, important piece and a colourful piece. But it isn't the whole picture. My agency, The Outsiders, specialises in researching people like me, the seldom heard and the marginalised. We see the person not just the condition. This should be the norm for all disabled people. 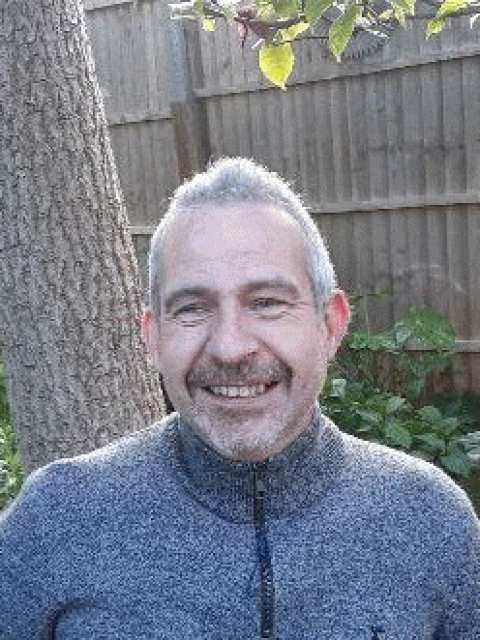 Steven is a leading and well-known insight specialist. He classifies The Outsiders as a bunch of misfits shaking up insights, cultural understanding and the wisdom of the crowd, which is on a mission to challenge the wisdom of convention and bring the outside/inside. In many ways Steven sees himself as the archetypal Outsider (working class and disabled). In a previous life he headed up the London office of Leithal Thinking and spent time with Carat, Farm, Rosenblatt and HPI research.

July 2009
Research at the wild frontier