To research the MRS Conference.

Whatever takes your fancy.

Observational research ­ or ethnography if you are trying to blind your client with (social) science. A disarmingly simple technique. It involves hanging around and watching people. Something most of us do anyway. Like when you find yourself volunteering uncharacteristically to go shopping and loitering around the frozen food counter when researching ready meals, or nearly getting your head kicked in trying to construct a theory of lager drinkers in a Newcastle pub.

However, as it does not involve prompting and stimulating people with endless questions, projectives, boards, etc., there is no guarantee of anything to report at the end of the process. 'They behaved unremarkably' is probably not the way to wow your audience at the debrief.

So the ethnographist can occasionally be left with an uphill task. How do I make this sound interesting? This was fortunately not the case with our trip to Brighton .honest. The findings

The research community are a charming, friendly bunch. They are nice people, even if they do look a bit scary en masse (evoking participants at a Jerry Springer show to one of our party). This friendly feel is partly due to a general lack of dress sense or attention to prevailing fashion, with the obvious exception of the research buyers who, of course, all looked great.

But there is something behind the niceness. A need to be liked. An insecurity about who we are, what we do, how others perceive us. What is the conference? The gathering together of researchers and research buyers (yes, a third were buyers), the giving and receiving of learned papers, the predictably outrageous behaviour (we stayed up till 7am drinking!) is an industry ritual.

But why do people bother to present papers? Are they just being good citizens or are there more deep-rooted reasons? We talked to a couple of presenters. Initially they enthused about supporting the industry. Then came the safety in numbers angle: 'with more people promoting x method, we become a movement not a few voices in the wilderness'. 'And of course there is a new business thing. People see you as an authority,' they add, bashfully.

By day two, things were hotting up. The big wheels of the qualitative fraternity were on show ­ clearly of interest to us and readers of In Brief. Since their papers are now in the public domain so you can read them for yourselves. We recommend it. See page two for a flavour.

View from the staff:

The staff we spoke to could not believe we were serious. 'Why would anyone be interested enough to read about market researchers?' they marvelled. Once they had got over their mirth, the bar and waiting staff were pretty insightful. There was nothing to distinguish this conference from any other. You see, by day two, everyone stops being them and becomes a delegate.

This is a universally recognised state of consciousness in the hotel trade: a tendency towards helplessness, dependency, continual drinking.

This morphing of researchers into one single typology seems emblematic of the industry's central problem: a lack of confidence in its own identity. As stalwarts Wendy Gordon and Ginny Valentine pointed out in a paper that referenced Jacques Lacan, the most impenetrable thinker ever, identity is dependent on the recognition of other people ­ something market research doesn't get enough of.

Yet few industries can claim to be able to take a £30,000 budget and deliver hundreds of thousands to the bottom line. That's what we do and we need to shout about it. And not just among ourselves.

Conclusions at a glance

The MRSC brings together intelligent, constructive thinkers, even if it chooses to do so in a venue that makes the Penrith Tea Rooms look like Woodstock. Researchers are nice people, obedient, conformist, resistant to change and overly dependent on gurus for direction. They spend more time addressing each other than the wider business community.

Believe in yourselves and shout about it. Data analysis and an understanding of consumer motivations are more valued now than ever before. Some enlightened research buyers and marketers already recognise their value. Let's increase the percentage for 2001. That way 2002 could be Cannes or Miami. Somewhere a bit more outer-directed. 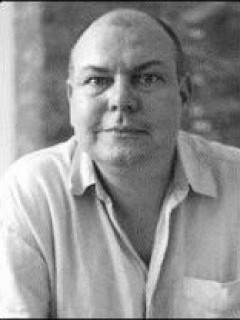 Vincent Nolan has been a member of the AQR since 11/1998. Vincent is Founder at 2CV Research.