Michael Herbert charts some of the practical issues to consider from a European perspective concerning the growth of qualitative research online.

The precise nature of qualitative research provokes considerable debate, but almost all would agree that qualitative research is about ‘researcher’ and ‘respondents’ interacting with each other in real time. This interaction takes the form of an exploration of a specific range of issues relating to a particular topic so as to gain insights into respondents’ feelings, attitudes, contradictions, paradoxes, etc.

More often than not, qualitative research takes the form of a group of people meeting with a qualitative research moderator in a recruiter’s front room, where they all take part in a ‘focus group’. This interaction is tape-recorded, frequently transcribed, sometimes video taped, with the data then analysed and interpreted to produce meaningful insights for presentation to the client.

What happens if this group discussion is replicated over the Internet? A Cyberspace market research room replaces the recruiter’s front room and the six to eight respondents are invited to attend a discussion there, at a specified time for, say, an hour and a half. They are recruited over the Internet to meet the required research specification, and are paid for their time and effort, as is the usual practice for conventional qualitative research.

Online focus groups are not face-to-face - yet. Currently, the moderator and the respondents are linked to each other, in real time, by their computer screens. They talk and interact by typing their responses, displaying their emotions through the use of a range of symbols known as ‘emoticons’. This way, everyone can see what everyone else is saying and the feelings that they are expressing. Further, a transcript of the whole proceeding is automatically produced, with all comments attributed correctly to each individual.

Given that online qualitative research is still in its infancy, the following represents a sharing of experiences rather than a tried and tested set of industry best practices.

Moderation: The use of two simultaneous moderators for online focus groups is recommended, although they would appear on screen to respondents as one person. This makes following the sequence of responses much easier, and enables the moderation to be more in tune with the rhythm of an online group.

Analysis: An automatic transcript is produced in online qualitative research, in which responses are always attributed. In other words, you always know who said what. There is, however, no body language or aural verbal nuance, which is partly why face-to-face groups are recommended as part of the sample where online focus groups are used. Recruitment for these two qualitative approaches should be drawn from the same pool of respondents, either by recruiting from the Internet or by accessing them using more traditional means.

When to use online: It is particularly useful when the sample is geographically dispersed. It can also help with hard-to-locate respondents, such as readers of a particular brand of online newspapers, and if the research requires leading edge or early adopter respondents where there is a low product penetration, for example, such as digital camera owners. Senior management are more likely to participate, too, since they can do it at work or at home. Youth, meanwhile, who can be notoriously difficult to recruit for face-to-face interviewing, are comfortable in the online environment and usually keen to be involved. Online, finally, is a very good means of conducting groups on sensitive issues, such as drugs or sexual matters, where the subject matter can be more difficult to discuss in front of others.

Client viewing: Clients are able to attend online qualitative interviewing anywhere in the world as long as they can get online. They are grouped in a Cyberspace viewing room together, and can communicate with each other and the moderator, although they are unable to communicate directly with the respondents.

Back up: Conducting online qualitative research is quite labour intensive. It requires a considerable manpower to keep the ‘show on the road’ and, more importantly, to help keep respondents online and in the Cyberspace room. It is essential to have phone numbers where respondents can be reached while they are online and usually two support people are required for this. Further, if there are clients present who can interact directly with the moderator while the interviewing is being conducted, another person will be needed to act as messenger between them.

The use of the Net for qualitative research is growing daily, but it is not a universal panacea. Like any other medium, it has its pros and cons. It offers:

Geographical freedom: Qualitative researchers and respondents can be located anywhere in the world ? their computer just needs to be wired to the Internet.

Comparable costs: The cost structure for online groups is about the same as that for offline work.

Stimulus opportunities: A variety of stimulus can be used online. Live web sites can be viewed prior to and during the discussion. Alternatively, dummy web sites can be set up for the purposes of the research.

Flexibility: The subject matter does not have to concern the online environment as it is possible to pre-place relevant stimulus via a CD-ROM in order to provide audio or visual material. It is also easy to send stimulus for print material via an email attachment. In the not too distant future live audio/visual will be widely available. Current technology, however, makes this a challenge at present.

Back to the future

Online qualitative research is opening up exciting possibilities, but it is vital to remember that it is early days yet, and that it still represents an experimental methodology.

As we move into the digital era, though, with interactive ads becoming the norm, online research will have a greater role to play. Soon, it won’t be fettered by current technology as live digital cameras, which enable people to see one another in real time, eradicate the need to type. The challenge will be for researchers to better understand digital interaction in comparison with face to face -- a vital step if they seek to incorporate technological advances into qualitative research projects. 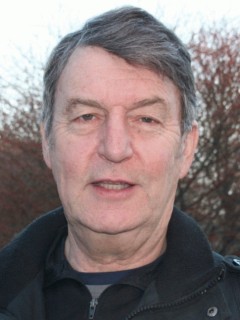 Michael has been working as an independent qualitative consultant, mentor and trainer for the last 6 years. He spent much of 2012 working in Shanghai with a Chinese qual agency and their clients and coaching their executives. He was a board director of Henley Centre HeadlightVision for two years prior to this, where he ran the biggest qual account as well as creating their qual training programme.

February 2017
Just one step away

Full Index for this author
8 articles by Michael Herbert