Where Have All The Idols Gone?

Britain has become a nation of attention-seeking, fame-grabbing, GI diet-obsessed dopes. According to the University of Leicester, 26% of the nation is suffering from Celebrity Worship Syndrome and the fever is reaching heightened proportions.

The fever for celebrity and celebrity gossip currently rattles on. We’re still straightening our hair with our Caprice hair straighteners, washing with our Cindy Crawford shower gel and scenting our homes with Elton John candles.

However, through the qualitative research that lies at the heart of our Trends Commandments (1) study, we have detected a growing cynicism towards celebrity. While not wanting to make you choke on your Anthony Worrall Thompson croutons, it is clear that the UK consumer is beginning to suffer from celeb fatigue.

The word ‘celebrity’ has been used so often that it has become emptied of meaning. The so-called celebs on ‘I’m a celebrity, get me out of here’ should be taken to court under the Trade Descriptions Act. The inexorable rise of shows like Fame Academy and Make Me A Supermodel have blurred the lines between ‘us’ and ‘them’ to the point of no return. To take a specific example: a Halifax employee from Birmingham has launched a pop single and had a personal waxwork created at Madame Tussauds on the back of an advertising campaign.

We would argue that the currency of celebrity is being devalued so much that it is about to crash altogether.

We are reaching a stage when people will no longer be well-known for just their ‘well known-ness’. The latter part of 2005 will be the time when we reclaim culture from those who have destroyed it.

We put it to you that 2005 will, indeed, be the year of the return to Reality (real reality that is, not ‘reality’ TV).

I Need a Hero

A prediction for you: as we progress through 2005 there will be more heroism and a return of the real hero. We will seek out and privately reward those people who make a tangible difference to the greater good of our lives. People at the forefront when disaster strikes and, crucially, people who don’t seek recognition or glory for the time, money and emotion they invest.

Whilst celebrity and heroism at first glance offer Joe Public a similar benefit: a guiding light, an aspiration (in whatever sense), a model by which to live our lives… the motivations and values behind this shift to heroism are very different.

Indeed, it almost seems that heroism could be the very antithesis of celebrity. Our qualitative research shows that each is driven by quite different values. Celebrity is thrust along by the basest of human instincts: nosiness, greed, envy and desire. Heroism, on the other hand, represents a desire for meaning, humanity, courage and selflessness. Where celebrity seeks the limelight; heroism is private, unrewarded in the public eye. Where celebrity is aspiration in the materialistic sense; heroism is aspiration in the humanistic sense.

Recent decades have been rather apathetic times. Society has become more individualised but, as has been widely reported, it hasn’t made us any happier. If recent decades were all about the individual raising themselves onto a pedestal to seek recognition and personal reward, heroism offers us a new solution: the idea that selffulfilment and happiness can come from something outside of the self.

And people are beginning to realise that their value as a human being is about the differences they can make in the world. This could be through contributing to the Tsunami fund. Or it could be through undertaking a personal quest to make oneself a ‘better person’ — a trend demonstrated by books such as Change the World for a Fiver, films like The Motorcycle Diaries and the individual feats of people like Ann Daniels, who hopes to become the first woman to walk solo to the North Pole, and Jane Tomlinson. Even Desperate Housewives has talked about the way in which we honour heroes for their bravery, daring and goodness.

Who Is A Hero?

A further key shift mentioned by our respondents is the move towards what we might term ‘Everyday Heroes’. In the past, calling on an elderly neighbour or giving up your seat on the train was a simple fact of human nature, where individuals felt some responsibility to society as a whole. But it seems that in our individualistic society, any small act where people put others first is now perceived as heroic, with respondents mentioning examples such as a friend trying to resuscitate an older runner who had collapsed at this year’s London Marathon and a son giving a speech at his mother’s funeral.

When we asked who respondents’ own heroes are, the list interestingly goes beyond the everyday. We found a clear distinction between respondents’ personal heroes who perhaps represent their own individual values (from Jean Luc Picard to their own parents) and universally acknowledged heroes (Ghandi, Mandela, Mother Theresa), who perhaps speak for our shared longing for a return to a more cohesive society as a whole.

A great example of a modern hero in the national consciousness is Jamie Oliver. In fact, the Great Jamie Oliver Renaissance charts his move from celebrity to hero. He had a TV show, he ‘sold his soul to Sainsbury’s’, he fell out of favour and his authentic pukka image became ‘mockney’ overnight. But with Fifteen and his recent School Dinners battle, he has repositioned himself. His ‘cashing in’ through vacuous celebrity endorsement is but a distant memory in light of his newfound authenticity. In common with other heroes, he has become known for his values and his beliefs, rather than his celebrity status. He may still be a rich man, but commercial success is a by-product of his actions, rather than the central goal. To all intents and purposes, he has become a swashbuckling hero.

Aside from Jamie, there is still something of a blank slate for brands to ride the crest of this new trend. And it is worth remembering that because people’s definition of heroism ranges from the grand to the everyday, the opportunities for marketing are great. Think about Tesco’s ‘Every Little Helps’ campaign, which establishes its goal to put its customers first, thus elevating the supermarket to hero status. Think about Dove’s latest self-esteem campaign and the unsung heroism of the Médicins Sans Frontières advertising: ‘Imagine surviving gunshot, beatings and rape only to die from diarrhoea’. At first, commercial success and recognition seem to contradict the heart of heroism yet there are very real opportunities to resolve this trade off, in a similar way that brands such as Edun and American Apparel have been able to resolve Socialism and Capitalism.

It is human nature to need something to aspire to and aim for in our lives. Ask any consumer who their icons are or who they admire these days and the answers lie close to home, the little deeds done by friends, family and colleagues. Celebrities are no longer revered. The sea change has begun and the days of synthetic C-list celebs are over. 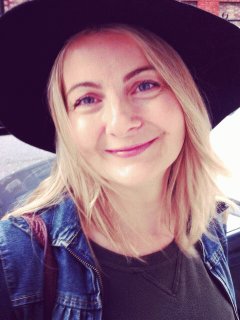 Emma is a graduate of Cambridge University, with 17 years' experience. she gained her grounding in qualitative research, but has also worked as an account planner, brand strategist and in client brand management. She founded Syren in 2005, and is also a member of The Marketing Society.