A difficult but beautiful birth

Acacia Avenue, one of three finalists, helped EDF Energy revolutionise how it communicated its brand, undertaking research that brought Zingy to life.

Imagine being the fifth biggest brand in a category that everyone hates and ignores; a brand whose name isn't remembered despite major marketing spend; a brand whose main lever of differentiation is inflammatory (nuclear power); a brand in a category that has stringent regulation and where the main competitor spends considerably more money than they do. Imagine being EDF Energy in 2011.

This story starts in the lead-up to the Olympics. In the face of growing negativity, EDF Energy recognised the need to completely revolutionise the way in which it communicated its brand. A strategy was developed around the premise of "feel better energy" (focusing on what energy does, not what it is) and a series of potential creative routes were developed to bring it to life.

Research was the obvious next step. Not only was the client hoping to achieve something mould-breaking, the agency was equally ambitious, and fearful of heavyhanded research killing off its creative ideas. And there was the added complication of the "n word" to deal with, too. So a seemingly simple task became one that required a fundamental rethink about how to approach the creative development process.

This was the start of a long journey towards what is now the most successful communications campaign in the energy sector and one that has had major impact. It is a story of nuance and refinement, of storytelling and engagement, of great teamwork between the researchers, client and agency, and ultimately of giving key stakeholders the tools they needed with which to make a brave decision.

The research unfolded over a year. Its success was not the result of a new methodology — or even a non-conventional one. It was the result of a thinking-led approach that informed the way in which the various projects were conceived, executed and analysed. This thinking drew from the world of BE to challenge some embedded assumptions about communications, and how to research them.

Our approach acknowledged the impact of System One thinking on judgement and decision-making. Engaging System One (unconscious, automatic, fast) through communications has been proven to lead to more effective and engaging advertising than stimulating people to draw on System Two (deductive reasoning, concentration, effort)1. In other words, an ad that is liked and enjoyed is more effective in driving business metrics such as sales, share and penetration2. The challenge was how to evaluate System One responses, when people don't have conscious access to their System One.

These principles enabled us to recognise a nascent idea, which a more traditional approach would have stifled and killed before Zingy was more than a twinkle in the ad agency's eye.

And so Zingy was born. Zingy is a cute, disarming, innocent creature who makes people feel good while being ambiguous enough to allow viewers to interpret him in whichever way suits them. His charm allowed him — and EDF Energy — to rise above the category morass. He has stirred up a veritable storm not just in terms of business results, but also social media and cultural currency. He has started to steal the hearts and minds of the British public and shift the way in which energy is thought of today.

But Zingy also had an important message to carry — the fact that EDF Energy's Blue Price Promise tariff is backed by nuclear, a contentious issue that could have potentially toppled any "feel better" message instantly. But the tariff was successfully launched with Zingy at its helm.

The way in which it was communicated directly resulted from our research, which identified "low carbon" as a way to reframe nuclear in a positive light. This tapped into the BE concept known as "social proof" bias, where people assume the actions of others if they are unsure of which stance to take themselves. The language of "low carbon" as communicated by Zingy offered a safe, socially acceptable way of talking about nuclear.

The results are unprecedented. Thanks to Zingy, the brand has gone from one of a number of relatively anonymous brands in the sector to one of the best known, with a distinctly different brand claim based on emotional connection. It has paid back to the business immediately and started to achieve its aim of becoming a feel good choice in a feel bad category. 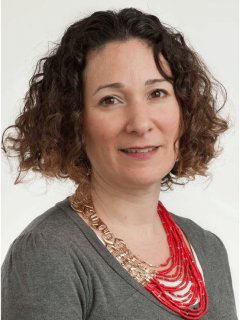