Let's hear it for talking

Talking to people has gone out of fashion, but is this a case of erring on the side of caution? Indeed, are forces conspiring to research against people?

Loads has been happening in research and it’s all very stimulating, especially in relation to science and technology. But advocates of new technology and the latest behavioural approaches tend to talk up the new appliances of science and to talk down — well, talking to people.

They say that that talking with people is worse than useless. It’s unreliable and non-predictive. People cannot be trusted. And it’s so-o last century. There’s an app for that now.

There is no doubt the research industry has been over-reliant on reported behaviour, which is why we welcome new approaches. But there are some risks heading our way from the perfect storm of technology and ‘New Behaviourism’.

When we started in research, we used to do research about people. Then we did research interrogating stuff (that was the Semiotic Era). Now, it’s becoming unfashionable even to do research with people (or stuff). Instead, given the advent of the New Behaviourism Era, are we starting to do research against people?

Take technology. At the last MR Summit words from the expert panel were: datafication, microsegmentation, geolocation tracking, sentiment analysis, neural coding and gamification. And only one of these is made up.

The problem with the increasing mechanisation of research is that it is reductive. If you focus only on behaviour without attempting to understand context and intention, you are stripping out an essential part of the mix — the deep and messy parts — those which are most difficult to understand.

As Sheila Keegan has said, all this mechanisation may just be an attempt to make people more ‘controllable’; turning them into data and making them more tidy and convenient to analyse and monetise. Just like marketing people dream of controlling consumers… are we frightened of respondents, participants, consumers…?

Human behaviour cannot be ‘literalised’ or adequately translated into bite-sized chunks of data. Research needs to explore and understand the whole experience of human beings, complete with contradictions, exaggerations and omissions. The positivist laws of the material world simply cannot be translated across to people, not least because we are inherently studying ‘ourselves’ — which already deeply affects the objectivity.

We would argue that it is vital to continue to have good conversations using observation together with other methods, rather than relying on remote measurement, big data or other proxy research tools.

But New Behaviourists aren’t having that. Mark Earls recently wrote in ESOMAR’s Research World that ‘traditional research’ (note the framing) has been getting it wrong for ages (by talking to people). Such a practice is to modern behavioural science as blood-letting is to medical science, it is said. Mark is clearly promoting his argument, Herd Theory, by attacking the MR industry using the principle of the ‘unreliable narrator’, a central tenet worth examining since it is in itself, in our view, unreliable. The argument goes that people cannot be relied upon to give an accurate or reliable account of their own behaviour and for that reason there is no point in seeking their account.

There are three things wrong with this, as applied to research. First of all, it assumes that we take what people say as gospel; as having some direct link to their behaviour. But what qualitative researcher worth their salt does that? We are all selective and reactive, quite able to hold two contradictory opinions at any one time, prone to exaggeration and, as the behavioural economists have discovered, driven more by our unconscious motivations. Is it not the essence of our skill to see and sift this?

Secondly, the unreliable narrator model comes from literature, as a partial or selective account. The value of stories is not whether they relate to facts on the ground, the-world-as-all-that-is-the-case, but how they relate to our shared, subjective experience of the world. In other words, any narrator is ‘unreliable’. That is inherent in the idea of narration. The point is, you can tell a lot about someone by the stories they tell.

Thirdly, New Behaviourists cite evidence to prove that people’s accounts are susceptible to influence. This is not a new and revolutionary observation. Nor is it the first time that it has been pointed out that observers are unreliable in their observations and subjective in their opinions.

The job of the researcher is to encourage the participant to be a better witness of their own experience and this takes time, is not easy and relies on an authentic relationship between researcher and participant, something which Roy Langmaid discusses comprehensively in his blog. And to draw further from the field of psychotherapy, where it is generally held that an individual’s ‘self’ is discovered and developed in the context of another, is it not also true to say that a person’s deeper thoughts and feelings likewise become more accessible and more crystallised through a facilitating ‘other’ being interested in them, and drawing them out?

There is a wall across from our offices which has been used as a site for one of Candy Chang’s ‘Before I Die’ installations. Some comments tap into fundamental human needs and desires such as the need to make sense of things, the desire to make a difference, the desire to leave one’s mark, the desire to poke fun at social art installations and not forgetting our basic, human curiosity. What machine will measure these things? What can big data tell us about our dreams?

What does this tell us? Maybe that being ‘unreliable narrators’ is part of what makes us human. It tells us that engaging with people, with the whole person, not a stripped out, stratified segment of a person, is essential in research. Talking with people, done well, is still one of the best ways in research to understand why people do what they do. Be brave.

Kevin authored this article with assistance and input from Judith Wardle of Wardle McLean, and Clare Mansfield of CM Insight. 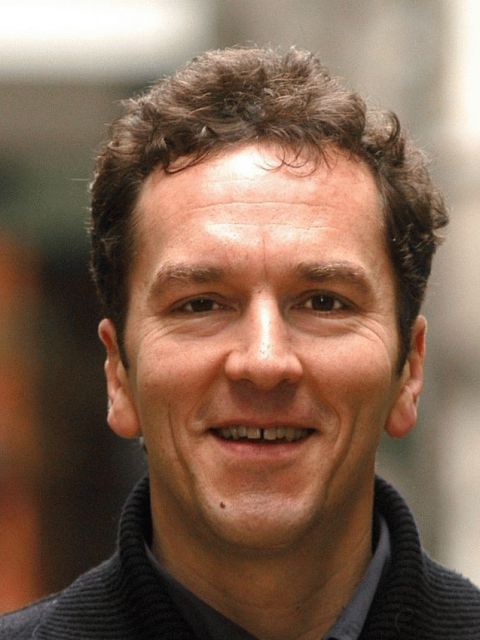 Kevin McLean is MD of Wardle McLean. We do qualitative research with a behavioural flavour, exploring the space between what matters to people and what matters to companies. Kevin is a Fellow of the MRS, a member of ESOMAR and specialises in communications studies, international research and ethnographic research and is a keen photographer and blogger.

August 2014
Let's hear it for talking

September 2012
Why not take a walk on the wild side?

May 2002
The AQR Qualitative Research Recruitment Rules and Guidelines

Full Index for this author
6 articles by Kevin McLean