The University Roadshow sets out to challenge opinions of market research, repositioning it as a fun and exciting career. Trish Parker reports on progress.

We all know research has an image problem. Not that we think there’s anything wrong with standing on street corners with a clipboard, it’s just that we don’t want to be perceived as doing it for a living. And this is even more important when young researchers leave uni and then try to explain to their mates that they work in research.

It doesn’t stop there. At university, market research is often ‘taught’ to undergraduates, but let’s just think about how this works: sample designs and definitions, methodologies, standard deviations, chi-squared tests, t-tests, yawn, yawn yawn. The most exciting part is writing your own questionnaire, interviewing your sample of ten mates and then applying the wizardry of stats tests to give the ‘answer’. And don’t get me started on The Apprentice.

So, that was the driving force behind The University Roadshow. Challenge the bore and replace with excitement. Rather like the accountant in Monty Python who wanted to become a lion tamer. But with a better end-result.

The dilemma was how? Not least, how do we get into the Unis to be given the chance to talk to undergrads and spread the word? No matter how wonderful the AQR is, we reckoned our awareness would be low and our clout would be close to non-existent. So, we teamed up with the MRS and presented ourselves with joint MRS/AQR endorsement.

Our approach has been formulaic with creative twists. At each Uni we’ve taken a team of four. First, a five minute intro from Ken Parker, the AQR Chair and a Fellow of the MRS, to give us gravitas. But the heroes have always been two younger researchers from a pool we’ve been recruiting: one qually, one quanty.

Each follows the brief: don’t show ANY chart or make ANY reference to ANY process. Instead give a 20-minute dynamic case study of a high profile subject on a major (cool) brand and talk about your responsibilities from taking the brief through to the recommendations you imparted, and the actions the client took as a result.

The key is to show how you were respected through the process and to indicate how we hob-nob with the great and the good in marketing, communications and society. And how you get respect beyond that expected for your age and experience.

By the end of this session the audience should be sitting forward rather than back, and feel the tingle. Their thoughts should be clear: maybe marketing is exciting, maybe advertising is at the forefront, but it is market research that tops both of these, because we drive the forefront. We tell the others what to do.

With just five minutes to go, my role is to give information about careers. And, boy, are these audiences receptive!

The response we’ve been getting has been fantastic. First, forget the hour slot we’ve been given. If nobody is following us into the lecture theatre, the kids just stay in, together with the lecturers. Either an enthusiastic Q&A session continues with our younger researchers being exalted as gurus; or we get informal and deal with their enthusiasm in groups. But when the room is booked for another function, this hasn’t stopped them in their quest for knowledge. On several occasions we’ve been kept in corridors, or taken to coffee bars by these kids: their thirst for more info on research just cannot be quenched.

And subsequent feedback has underlined this. Lecturers have been gushing in emails or phone calls after the event, with requests for future repeat performances in subsequent years. They just love our stories, they love our style, and we’re refreshing!

But, importantly, we hear that both students and lecturers spread the word. And that was always our intention.

So far we’ve been to Herts, Kingston, Imperial, Durham and, Surrey once or twice, with Cranfield, Leeds, Exeter and Strathclyde lined up and even more approached! It’s an unstoppable bandwagon.

But, let’s not forget our superheroes: the younger researchers who have starred so far. Each of them is asked to do a maximum of three gigs. After all, we know they’ve got their day jobs. Chris Aukett from The Big Picture, Lisbeth Chilcott from Relish, Katharine Parker and Jared Tanna both from The Nursery, Ben Cookman from Buzzback, Dipesh Soneji from 2CV and Tracey Downes and Afra Acquah both from Discovery.

We also have Alpha Parish from IPSOS and Ruth Noble from 2CV all lined up for this year’s events. They’ve all been brilliant and inspiring. Add to that list: Yasmin-Jane Scott from Razor, who enjoyed this so much she’s now volunteered to help out organising future events. We couldn't have done it without them.

And thanks to the agencies who’ve encouraged these younger researchers and given them time off to help us. Yet we shouldn’t underestimate the experience they’ve had: talking to large audiences from a podium is not something most of them have done before. So, it’s a win win.

This leads to the plea. If you are a younger researcher (four years or less experience) who falls into the category of being a star in the making, and you’ve got a boss who would be sympathetic to this mission, please get in touch: we need you! And if you went to a Uni where you feel you could get us an intro, again please contact me.

The University Roadshow started as a dream from two ‘more established’ researchers in the twilight of their careers trying to give something back to the industry they’ve loved. We wanted younger researchers to feel proud of their career in front of their peers. It’s a long slog, but we hope we’re on the way. 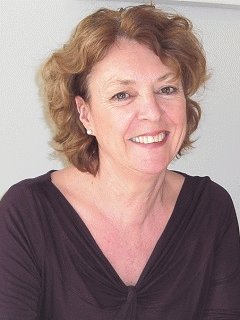 Trish started her professional life in HR and currently holds the CIPD recognition. Having worked for FTSE 100 companies, she started her own training company to fit her new life of working mother. In 1990 Trish was at a party where she met a senior qually, was unwittingly 'assessed' for personality(!), and invited for an interview two days later. By the end of the week, her new life began. In 1995, Trish co-founded Discovery Research. After many years in qualitative research she has developed a diverse business model, including Discovery, Spectrum Viewing Facilities in London and Leeds, and The Thinking Shed an online qualitative platform. She is an avid skier and Club Captain at her Tennis Club. An AQR Ambassador she has been actively involved in helping setting up the AQR Mentoring Service and the Universities Roadshow.