Meerkat, Periscope, now Live. These three high-profile video streaming services have dominated the headlines of the tech press this year.

First came Meerkat, which burst onto the scene in February. The app, which allows users to broadcast live video streams to their Twitter followers, rose to prominence due to its widespread usage during the South by Southwest festival in Austin, Texas. Since then, however, its growth has been stunted as Twitter has restricted Meerkat’s ability to connect users with its Twitter followers within the app. It’s unsurprising then that the next app on the scene was Twitter-owned Periscope, a video streaming app with similar features to Meerkat. Now Facebook looks to be getting in on the act too, having launched Live, a video streaming service offered exclusively to public figures and celebrities.

Video streaming could provide a new means of understanding real-time consumer reactions and uncovering those moments of truth that are all too often not revealed to researchers. But on the flipside, live video streams create a huge amount of unstructured data. How do you analyse this robustly and cost-effectively in the short timeframe available? And does live video streaming stray too far away from traditional privacy boundaries? It will be interesting to see how live video streaming develops and whether researchers will make moves to tap into this trend. 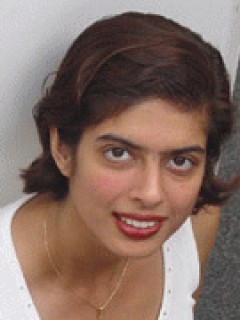 Anjul Sharma is a qualitative research specialist at insight and innovation consultancy, FreshMinds. With over 20 years' experience - including at Synovate (now Ipsos MORI) where she was part of its Global Qualitative Leadership team - Anjul is a frequent conference speaker on qualitative research, regularly presenting at a number of ESOMAR and MRS events.

February 2016
Getting closer to the action