Getting down with the kids

While recently conducting research with kids, I learned the current equivalent of the now buried BBM.

Combine group video calls from Google Hangout, with free group text and picture messaging from WhatsApp, and free international calls and messaging from Viber and you get ooVoo. With 65% of their users under 25, ooVoo has been heavily embraced by the younger generation.

Available in 130 countries, up to 12 people at a time can connect into a group on any device sending text, pictures, videos, and make free voice calls. ooVoo even has a record button, enabling you to screen record the group chat and re-watch later. Any other researchers thinking what I'm thinking?

Having tried it with a group of non-techy friends, the connection is good, and it's intuitive to use. Animated avatars allow callers to talk without needing to show their face, which could be useful for sensitive subjects.

Even more interesting, ooVoo has already introduced software that reads human emotions and pollsters are planning to use it in the 2016 US presidential election. Definitely one to watch. 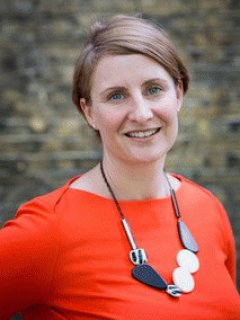 Dr Sarah Jenkins has more than 15 years experience delivering high quality qualitative insight for global clients and has a wealth of experience working with consumers across a variety of categories and won the prestigious AQR Award for Qualitative Effectiveness in 2013 for her work evaluating content for the BBC. Sarah is a published author and started her career conducting social policy research before moving to Ipsos MORI where she was Head of Qualitative within their Media, Content and Technology team. She's since worked with boutique agencies to develop their teams and expand their client offering before founding Magenta. Sarah is a Certified Member of the Market Research Society and a board member of the Association for Qualitative Research.

May 2016
Getting down with the kids