The death of the middle ground?

In an era of polarisation brands face a unifying challenge

It could be Donald Trump’s bating of ‘the squad’, Twitterstorms, or the rise of social media mobs — they all point to the acceptance of polarised views as the norm in our culture. Yet might brands have a role to play in doing the exact opposite, using their voice to promote a more collectivist/inclusive outcome, and if so what might the impact be on them and society?

The current environment is hardly encouraging. We have become culturally fixated, post-Brexit, on either/or opinions. On Twitter, extreme points of view hold sway over the middle ground, while even the BBC news website often eschews ‘middle of the road’ perspectives for views from opposite ends of a debate. And, of course, there are the online bots, quietly drawing conclusions about content they think we like based on our behaviour and online friendship groups, before serving up more of the same.

It’s a self-perpetuating situation. We’re being psychologically conditioned into ‘either/or thinking’. And it feels tense because our position on any of these topics is judged to reveal something about us to others. No wonder most social media users are still ‘lurkers’: it takes bravado and a thick skin to survive the backlash that even a seemingly benign comment can stoke. The modern question is not, “What are the facts and how do we reconcile difference?” but “Whose side are you on? Who do you agree with/believe/trust?”

We’ve always been tribal animals, designed with group-centric ‘us/them’ mindsets. Binary oppositions are intrinsically appealing; they are comfortable and easy to navigate. We categorise in binary all the time — young or old, failure or success, love or hate, happy or sad, science or superstition, future or past, victim or aggressors. We are drawn to heroes and villains in culture.

As a rule, we’re uncomfortable with liminal spaces which cannot be neatly categorised. We have low uncertainty tolerance and dislike the sense of discomfort which uncertainty brings. Being ‘in limbo’ is never a positive position. It’s also cognitively effortful to find the middle ground, to seek to reconcile opposing points of view. Much easier simply to stick to your guns.

Our tribal instinct means we’re heavily dependent on the approval of our group for support and for survival. Without group belief, life is chaotic and unpredictable. Group belonging defines our very identity and gives us purpose and meaning. But group belief is also what inevitably results in conflict with other groups. You can’t support Celtic and Rangers, it has to be one or the other. Our group values determine what we choose to pay attention to, or disregard. As Jordan Peterson has pointed out, when societies have shared belief systems, we can co-operate and compete with each other safely because everyone knows what the rules are. If shared belief systems splinter, that co-operation is threatened, and chaos beckons.

The internet has interfered with these tribal norms, because it’s divorced from geography. Geographical proximity forced us to interact with people with different viewpoints, and it moderated our outlook. The internet changed that; we can now join new, conveniently comfortable communities based on like-mindedness, making our views even more extreme.

Jim Rohn once said, “You are the average of the five people you spend the most time with”. In the online world, that average can be quite extreme. As we increasingly splinter off into these groups, it’s starting to feel as though morality is up for grabs. And it’s not the first time this has happened — just think about the arrival of the printing press. It was the most significant communications revolution in history and it directly led to one of the biggest divides in Europe — the Reformation.

Brands are increasingly finding themselves negotiating this tricky terrain, with mixed results — consider the latest controversy surrounding Gillette’s recent campaign, ‘The best men can be’. Fashion brands like Benetton, Nike and Diesel have long known the value of weaving divisive messaging into their campaigns to provoke reactions and communicate edginess with youth audiences. In today’s climate of seemingly opposing points of view, it’s a tempting road to take. But when you’re a mainstream brand with a broad audience (which most major brands are) it’s a different challenge altogether.

The middle ground has always had a lot of negative baggage. We think of words like ‘compromise’. ‘Pleasing no one’. ‘Lukewarm’. ‘Vanilla’. ‘Mainstream’. ‘On the fence’. We’ve been taught that these are undesirable qualities. Strong, clear points of view are attractive, and the West is becoming more and more individualist in its orientation. And yet, by definition, mainstream or ‘ordinary’ is what most of us are.

For brands, this tendency towards extremes poses challenges. As they increasingly attach themselves to ethical issues, we’re seeing more 'for or against’ thinking and more reductionism. So what’s the art of striking the right chord in a world of extreme views? As social media becomes ever more fractious, there’s an argument for steering clear of the argy bargy.

Perhaps the way to achieve cut-through in the age of polarisation is to have something unifying to say, as an antidote to the righteous posturing we are fed online? Think Meerkats, Specsavers and McDonald’s — human truths portrayed in a warm, funny way which make viewers feel connected to others around them. It’s not that brands shouldn’t get behind a cause, but fighting for some higher modern purpose shouldn’t be an ingoing creative necessity. At the very least, the question of whether social purpose communication is even the right strategy for a brand should be raised, taking into account its history, life cycle, target audience, etc.

1. Consistency is king: brands need to earn permission to have a strong point of view. The recent Nike Dream Crazier campaign was one in a long history of purpose-led Nike ads. For 30 years Nike has supported different causes — ageism, AIDS, women in sport, and now, race and religion. They’ve had a lifetime of provocation. Without consistency, there’s no credibility.

2. Identify patterns of influence: Look beyond traditional, top-down models of influence, and actively recognise and identify micro-influencers. Recognise that influence isn’t direct — it comes from all angles which means that brands need to respond with multiple initiatives. Experts do still have an important role to play — they act as shortcuts if they align with the right set of values. But patterns of influence are much broader than this.

3. Connect with the middle ground: A good 80%+ of big business is mainstream. And without the mainstream, there wouldn’t be extremes. It’s fine to be mainstream — big is only bad when there’s no connection. It’s the brands that are simultaneously big and personal that really connect with people — and to do this, means doing it with humanity and sometimes humour.

4. Be authentic: authenticity means delivering products and services, not just comms. In the UK, Virgin trains have introduced talking loos to inject brand personality (‘Hello, it’s me the toilet’ — you get the idea). It’s all well and good to have some tone of voice — but incredibly infuriating when there’s no soap in the dispenser, the train is late, and the wi-fi which you’ve paid for never works.

5. Make a real change: linked to the above, making real change means enlisting the whole of the organisation, not just the marketing team. Committing to a point of view and using that to guide delivery of your products and services.

6. The extremities of social media don’t mirror the real world. Social listening is a key tool for brands to keep in touch with shifts in cultural sentiment, but online commentary errs heavily towards extremity. In the flesh, most people simply aren’t as polemic and definitive in their views as they are online, something we witness in qualitative research all the time. If you want to know how mainstream people really think and feel, make sure you talk to them in real life as well as online.

In short, taking a stand can be a risky strategy, and the more divisive the world becomes, surely there’s an opportunity for brands to promote cohesion instead? 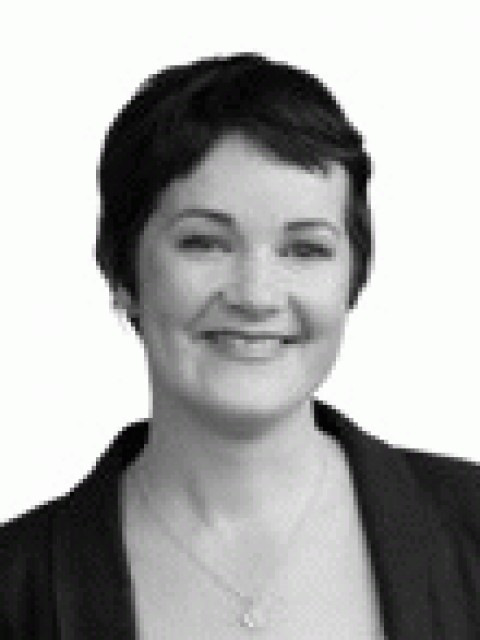 Sarah has 16 years' research experience in NPD, creative development, branding strategy and consumer understanding work across a wide range of sectors, from finance to FMCG. A modern languages graduate with a CIM Professional Diploma in Marketing, she is particularly interested in behavioural economics and semiotics in qualitative work.

October 2019
The death of the middle ground?

December 2017
Branding in the age of strong opinion