Not The Christmas Party 2015

This year the AQR (Not the Christmas) party was held on the 7th January, or the 007th as it shall now be known.

Mission headquarters for the evening was to be found on London’s South Bank, but instead of MI6, secret service members were dispatched to another venue with a killer view over the Thames. The Bond themed party took place at The Deck, the roof top venue at the National Theatre.

Last year’s event was held on a boat, down at water level, whereas this year we were high above the river on the opposite bank. The panorama of the Thames was spectacular, you half expected Pierce Brosnan to speed past along the river at any moment.

Despite taking place so soon after the festive period, there was a really good turnout and it was nice to see a mix of new faces and established AQR members. Representatives from research and fieldwork agencies, viewing facilities and fieldwork services all entered into the spirit of the evening, with the dress code set as diamonds and dinner jackets.

On arrival secret agents were presented with a vodka martini, shaken not stirred of course, and serving staff circulated with suitably sophisticated canapés. The party was sound tracked by Bond-themed songs from Shirley Bassey to Adele, and guests were given the opportunity to request their favourites in advance. The only sightings of Mr Bond during the event were in the photo booth where partygoers could have their picture snapped with Daniel Craig while wearing a sparkly wig and posing with a golden gun.

Guests were also able to consult a handwriting expert. As it turns out, just worrying about the words is not enough, you also reveal a lot about your personality from the way you put pen to paper. Apparently my scrawl told her that I was rational and practical but with a creative side. Everyone I spoke to came away suitably impressed with his or her reading.

In a nod to Casino Royale there was a black jack table in one corner of the venue. The printed money laid out on the tables was a licence to fill your pockets with notes and then trade them in for chips.

This proved to be the big hit of the evening, with guests crowding around to try their luck against the dealer. My colleague and I enjoyed a winning streak, piling up the chips, but gambling them all away was just as enjoyable. I always enjoy the AQR events but this was my favourite theme so far. I think it’s safe to say the spies loved it! 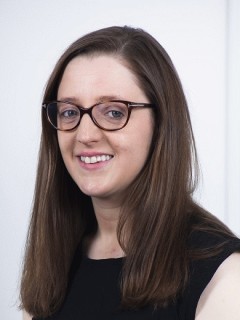 Rachael joined the project management team at Criteria Fieldwork in 2007. She is experienced at managing the recruitment of participants for qualitative market research across a wide range of methodologies and sectors. These include social, consumer, financial and b2b.